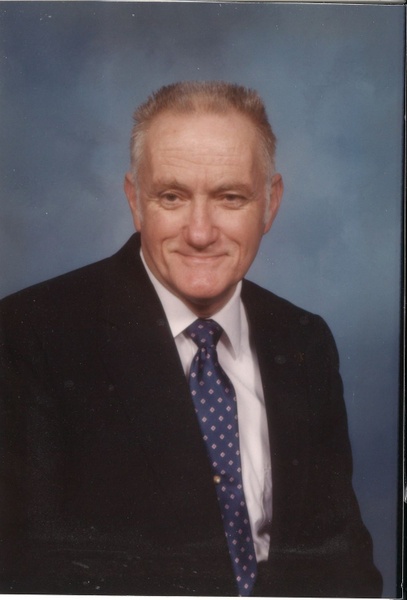 Bill was born September 28,1928 in Westlake, Louisiana to Lewis and Mary Ann Ripley and passed away on February 19, 2022. He is survived by his son, Raymond Ripley, his daughter, Mariko Chervenock (Bill), stepson Terry Simmons, daughter-in-laws, Anne Ripley and Beth Simmons, and numerous grandchildren and great grandchildren. Preceding him in death is his wife, Roberta Ripley, sons, Louis Ripley, Robert Ripley and William Ripley, daughter, Adria Van Boven and stepson, Steve Simmons. He enjoyed racing cars and motorcycles before he was drafted into the US Army Air Force in 1948. Serving stateside during the Korean War as a food inspector, he was honorably discharged in 1952 with the rank of staff sergeant. After the service, he returned home and worked at the City Service Oil Refinery from 1954-1960.From there, he moved to Everett, WA where he worked for Boeing as Lead man in the tool and tie shop for 4 years. It was while living in Everett with his 3 older sons, that he met his future wife, Roberta and her 2 sons at a small Baptist Church. After they married, the new family moved to Whatcom County. It was there, they decided to enlarge their family by adopting 2 young girls, one from South Korea and one from Japan. He worked at Atlantic Richfield Co. from 1971 and retired in 1985 as a foreman for 13 years. After his retirement, he worked at TransOcean Products for 3 years as lead man on the computer scales. He then went on to maintenance work for the Leopold Hotel and Woodway Inn. He was a rock hound and made many belt buckles and bolo ties out of the different jasper and agates he collected and worked. He also did woodworking, making beautiful pictures of wildlife, a cowboy, a lighthouse and even of the Last Supper. He's always been a devout Christian, active in church, serving as usher, prayer team member and Sunday school teacher. After being baptized in the Holy Spirit, Bill and Roberta would hold prayer meetings in their living room, where many people were delivered, healed and saved through faith in Jesus Christ.

To order memorial trees or send flowers to the family in memory of William "Bill" Ripley, please visit our flower store.
Send a Sympathy Card