At Sig’s, our staff is fully licensed, and that matters.  We adhere to the highest standard of both ethical and legal practices in the state of Washington.  Not all funeral services are the same, and full licensing is an important and significant difference. You can always ask to see licenses. Our commitment to the community and genuine compassion toward families are but a few of the characteristics that make us outstanding in our field.  You are our top priority and this is evidenced in all who work here. 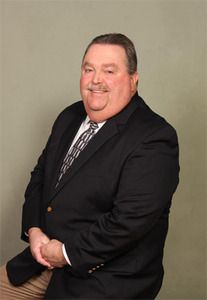 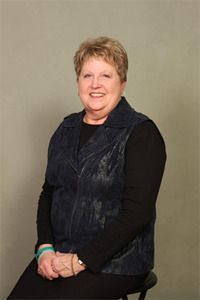 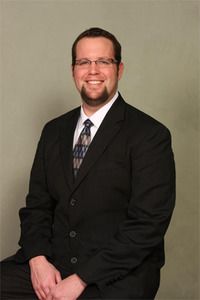 Sigurd O. “Sig” Aase, Owner/Operator of Sig’s Funeral & Cremation Services, Inc., a licensed Funeral Director/Embalmer, and licensed Insurance Agent with Purple Cross Forethought Funeral Planning. Sig grew up in Entiat, Washington in the central part of the State. He began his career in Funeral Service in Bellingham in 1977, with Fred Veroske, starting his two-year apprenticeship at Veroskes Bellingham Funeral Chapel. Sig finished his apprenticeship at Jones Funeral Home in Bellingham and completed licensure at Mount Hood Community College, Funeral Service Program in Gresham, Oregon, then went on to work for the Moles family for 24 years mainly in Ferndale, WA.

Sig is an active member of Good News Fellowship Church of Ferndale and the Lynden Breakfast Kiwanis Club. After work, he loves to spend time with his family and enjoys an occasional game of golf and bicycling. Sig and Marva make their home in Lynden, WA.

Office Manager of Sig’s Funeral & Cremation Services. A lifetime resident of Whatcom County was raised in Lynden and moved to Deming, graduating in the Mt. Baker Class of 1969.

She started her career with Brooks Manufacturing in 1986 and was employed there for 10 years. Worked for Matrix Service Incorporated for 15 years retiring in April of 2011 and started working with Sig in June of 2011.

Sig & Marva have four children and nine grandchildren all of Whatcom County who they love spending time with. When not working she enjoys attending Bible Study Fellowship, making cards, scrapbooking, biking, and having coffee with friends.

Marva is an active member of Good News Fellowship Church in Ferndale.

Justin Aase, is a lifetime resident of Whatcom County, he was raised in Ferndale, graduating from Ferndale High School. Justin married his wife Natalie in 2004 and together they have three boys. Justin attends Good News Fellowship Church in Ferndale where he is an active member.

Justin started his career at Jerns Funeral Home in Bellingham with Nick Jerns as an apprentice, then moved to Schaffer/Shipman Funeral Home in Marysville, WA, and later transferred to Vancouver Funeral Chapel in Vancouver, WA. Justin has worked at Sig's Funeral Service since the beginning in 2010. Justin completed mortuary school at Lake Washington Institute of Technology and received his funeral director license in 2020. In his spare time, Justin enjoys spending time with family and friends, golfing, playing tennis, hiking, biking, and fishing with his boys.

Sign up for one year of grief messages designed to offer hope and healing during the difficult first year after a loss
Thank you! Your submission has been received!
Oops! Something went wrong while submitting the form.
© 2021 Sig's Funeral & Cremation Services. All Rights Reserved.
Admin Login

Jeff along with his wife Annie is the owner of the funeral home. Jeff is a 1985 graduate of Wayne State University’s Mortuary Science Program.

He also holds a bachelor’s degree from Western Michigan University which he earned in 1992. He enjoys exercising and spending time off with his children – Maggie, Jack and Peter.