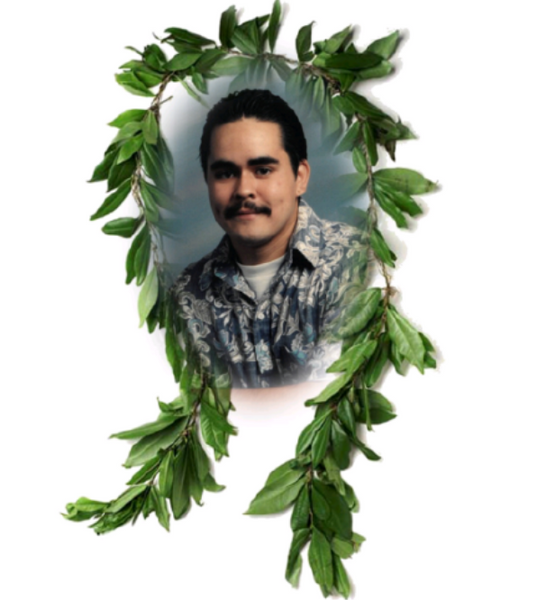 Kevin Holland Hee, age 43, passed away on December 5, 2021. Carol (his wife of 23 years) & Terry (his mother) were holding his hands when he passed. Isaiah & Aixa, Kavika, Ikaika & David (his brother) & Pastor Tim & Kristi were by Kevin’s room at the hospital. Kevin loved Jesus since he was a young boy, and now he is safely home with his Lord & Savior Jesus Christ.

Kevin was born on March 31, 1978. At a young age Kevin & his younger brother David were adopted by Fred & Terry Hee. Kevin & David grew up in Hawaii Kai on the island of Oahu. Kevin was quick witted & had a great (& sometimes quirky) sense of humor & lots of friends (he stayed in touch with his closest friends throughout his life). Kevin loved growing up in Hawaii & he loved the Polynesian lifestyle.

Kevin had a genius IQ & he was athletic & had a beautiful singing voice. He joined the Honolulu Boy Choir when he was 7. He excelled in soccer, baseball, and football (he lettered in high school). He loved playing games, he was good at strategizing. He was creative & constantly learning new things. He grew up to be a Mr. Fix-it (at home & at work), often watching & learning from various classes & DIY videos.

Kevin loved & was devoted to his family. He loved to sing to Carol, especially on each of their 23 anniversaries. He loved playing with his sons & cheering for them at all their sporting events. He loved being at Isaiah & Aixa’s wedding.

Kevin worked at a few jobs in Whatcom County, his longest job was for the City of Bellingham (his final job was in their Maintenance Dept.).

Kevin never took life for granted. He felt things deeply. He was generous & willing to help others. He loved & cherished Carol, Isaiah & Aixa, Kavika & Ikaika, his parents & his brother, & his family in Canada & Hawaii & all his friends.

To order memorial trees or send flowers to the family in memory of Kevin Holland Hee, please visit our flower store.