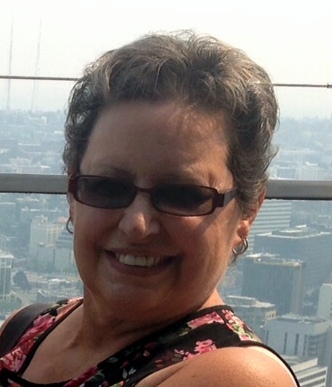 Windy White (Raffo), known to many as Griz, age 61, passed away peacefully in her sleep Saturday morning June 11, 2016. She was born October 3, 1954 in Whatcom County to Carl and Nadine Raffo. She was a 1972 graduate of Mt. Baker High School. Windy married Robert White on July 16, 1987 in Bellingham, Washington. She was a lifelong Beautician. Windy really enjoyed the connections she made with her clients. Windy’s compassion for people outweighed her considerations for herself, time after time. She truly lived life to the fullest through simple pleasures; spending time and taking walks with her girls, and talking with family and friends. She had a way of making people feel good. Her strength and her positive outlook had a great influence on all who knew her. Windy had a love for animals including her pet chicken and possum. Windy is survived by her husband, Robert; daughter and best friend Terra; granddaughters Dykota (Sugarbear), Payten (Pay Pay), and Aayah (Boogerbutt). She was preceded in death by both parents, four brothers and a sister. Windy was a fighter, she was a warrior, and inspiration for everyone. A celebration of life and remembrance with a dinner reception will be held at the Squalicum Boathouse, 2600 N. Harbor Loop Dr., Bellingham, WA 98225, Sunday, June 26, 2016 starting at 5:00 PM. In lieu of flowers family suggests memorial donations be made to; Marsha Rivkin Center for Ovarian Cancer, 801 Broadway #701, Seattle, WA 98122.

To order memorial trees or send flowers to the family in memory of Windy White (Raffo), please visit our flower store.