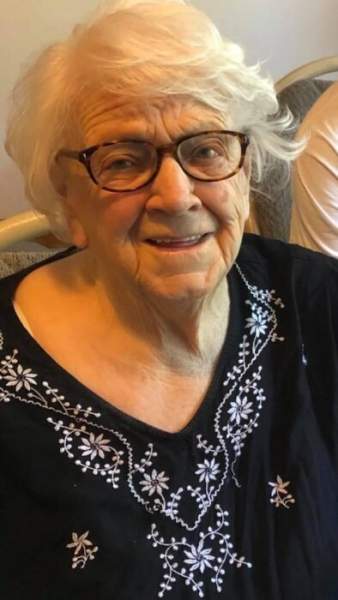 Our Dutch Mother, We call her mom. Her grandkids call her Oma, and her great grandkids call her Beppe. Wilma (first named Wilhelmina) Nydam was born in the old country, the Netherlands, to Bruin and Afke Brouwer in Andyk on October 4, 1926. She was of that era that kids worked hard. Very few girls or boys went to college. She left home to do housekeeping in a neighboring town as a teenager for a short time. She was a young girl of 14 when the Nazis took over her beloved Holland. For 5 years she and her fellow citizens lived in fear. But the Lord saw her through! When she married our dad Linze (Leonard) Nydam in 1950, it didn't take long and the first baby arrived: Ann (Adrian Bons). Then was born to them Evelyn (Jack Hoekstra) and one more girl born in Holland, Amy (Evert Bongers). Our dad had desires to move to America and the only reason she went with him was because of her love and devotion to him. In 1956, the family of 5 made the long trek, sponsored by the Christian Reformed Church in Sanborn, Iowa. Then one year later, the move was made to Washington State to be with his brother and sister-in-law, Gerben and Riny Nydam. The first three years in a strange land with 3 little girls was a painfully hard time - a word of English was not known. But the Lord saw her through! As the midwife in Holland predicted, they had 2 boys in America - Gerrit (Ann Nydam) and Byron Nydam. Mom was a real Dutch mother, living within a very tight budget. In today's time she would have had to be a working mother. But she was home - every time when her kids got off the school bus. Our parents struggled to provide a Christian education for all five of us. Our clothes were usually handmade or used. Her job was a "Dutch clean" house and three meals a day. There were no pizza nights or fast food meals. But the Lord saw her through. She worked side by side with our dad in his store, Leonard's Meat Market. As we got older, she also helped in his lawn maintenance work. She had her own little house cleaning business in her later years. When she was a mere 62 years old, her husband of 37 years went to be with his Lord. She forged a path in life on her own for almost 33 years. The Lord saw her through. Our mother brought us up knowing we belonged to the Lord and to love and obey Him. And the Lord saw her through. Mom's last day on earth was June 4, 2021. The Lord saw her through, and took her to heaven. She is with Jesus. She is with our dad, her parents, and her 7 siblings, who all preceded her to heaven. Her life was made abundantly full by her 18 grandkids who she loved so much. She thrived on the presence of her 25 great grandchildren who really did light up her life in her late and often confusing last years! We love you, Mom! Thank you. We are so thankful you are whole and perfect in every way. A memorial service will be held 2:30 PM Tuesday, June 15, 2021 at First Christian Reformed Church, 1010 Front St., Lynden, WA 98264 with Pastor Robert Woodyard  officiating. Private family graveside service were held at Monumenta Cemetery.

To order memorial trees or send flowers to the family in memory of Wilma Irene Nydam, please visit our flower store.