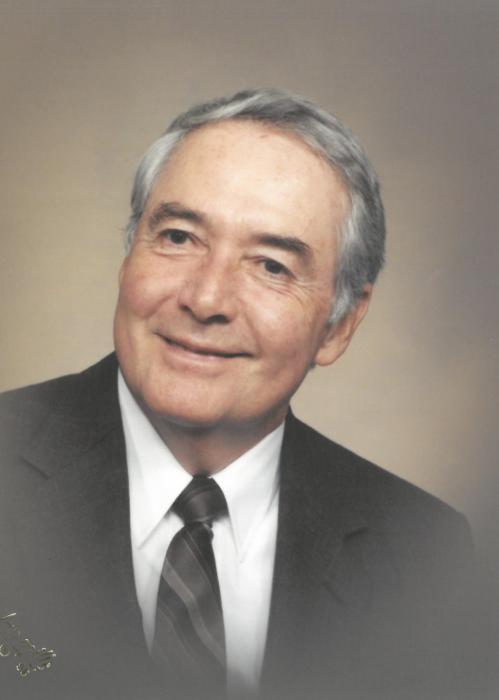 William A Glass was born on December 9, 1931 in Winfield, Kansas to Edna A and William McKinley Glass.  He passed away on June 27, 2017 in Bellingham, Washington with his family at his side. William (Bill) led a life full of intellectual pursuits, travel, hobbies, family and friends.  Bill graduated from Winfield High School and went on to study physics/chemistry and math at Southwestern College, where he was later inducted into their Hall of Fame.   He served in the US Army-Intelligence Service as a Photo Interpreter and Analyst in Austria, mapping escape routes for refugees leaving their war torn countries after WWII.  On his return, Bill continued his graduate work while teaching at Emporia State College and at the University of Kansas.  In 1963, Bill and his family moved across the country to Richland, Washington where he began his career at Battelle Memorial Institute Northwest as a Physicist, Manager, Assistant Director of Research and Chief Scientist PNL.  His family spent one year in New York, where he was a Research Collaborator in Residence at Columbia University at Brookhaven National Laboratory.  Bill also served as an Adjunct Professor of Radiological Science for the University of Washington, teaching at the Seattle campus and at the Joint Center for Graduate Study in Richland. After his retirement in 1992, Bill continued to work as a consultant at Battelle. Bill married the love of his life, Jeanette, on March 24, 1956.  They met at a roller skating rink in Arkansas City, Kansas and it was “love at first sight”.  That devotion never faltered for the 61 years of their marriage.  He continued to look at Jeanette with adoration in his eyes wherever they were, whether it be at home, in Austria or at IHop having pancakes for breakfast. Bill was the proud father of three children, Peggy, Coni and Scott, whom he also cherished.

Bill had many interests outside of his work.  He enjoyed woodworking, wine-making, stained glasswork, writing, reading, camping with his young family and travel. He was also a carpenter/electrician/plumber, building a cabin in the Cascade Mountains as well as a winter home in Yuma, Arizona where they spent many happy times with friends.  Bill and Jeanette traveled extensively in Europe over the years, with frequent return trips to St. Gilgen, Austria, which held a special place in his heart and memories.  Bill had an affinity for flying small airplanes as a young man.  He learned to fly before he got his drivers’ license.  He often told the story of picking Jeanette up for one of their many dates.  He would fly over her house and tip his wing, then she would go to the airport to meet him.  It was only fitting that his youngest grandson, Cade, was learning to fly small planes (at the age of 12!) during the time Bill was in hospice care. Bill was very proud of the accomplishments of his children, grandchildren and great-granddaughter and enjoyed spending time with them.  He passed on his legacy of curiosity and love of intellectual pursuits, nature, artistic ventures, flying, science and travel to all of them.  Thank you, Dad. Bill is survived by his beloved wife Jeanette (Giles) Glass; daughter Peggy Paxton (Brian); daughter Coni Turner (Dave); son Scott Glass (Samantha); grandchildren Alec Paxton, Matt Paxton (Alysia) ; Levi Campbell (Jen); Cade Glass and great-granddaughter Abigail Paxton.  A private family memorial will be held at a later date.  In lieu of flowers, the family encourages you to give to a charity of your choice, including the Alzheimer’s Association or Whatcom Hospice House.

To order memorial trees or send flowers to the family in memory of William A. Glass, please visit our flower store.
Send a Sympathy Card