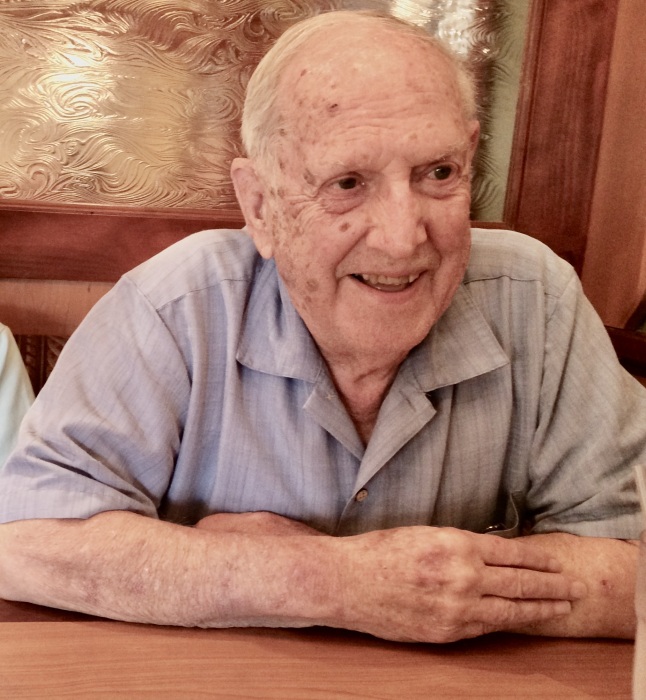 Bill Lyons, age 95, passed away in Bellingham, WA on September 6, 2020 in the presence of his family. He was born on October 28, 1924 in Cleveland Ohio to Jim and Lucy Lyons. He was the second of 4 siblings, James (Edna) Lyons, Ann (Red) Lyons Evans, and Lucy Lyons, whom have all preceded him in death.

When he graduated from high school, he was called into military service where he served during World War 2 starting in the European theater with the 9th Armor Division. He had received orders to Asia when the war concluded. His experiences on the battlefield reinforced his strong faith in God and forged his calling in life. After the war, he went to university where he met his beloved wife, Barrie. They celebrated their 72nd wedding anniversary together on August 17th of this year. He served as pastor to his first congregation, and attended divinity school in Minnesota in preparation to serve the Chinese people.

Bill and Barrie and their three sons, served in Taiwan for 20 years teaching the love of Christ to the Chinese people. He then worked in San Diego with Scott Memorial Baptist Church (now Shadow Mountain Church) as the missions pastor, and taught at San Diego Christian College mentoring students preparing to go around the world to teach the Bible. His life long passion was for missions, spreading the Good News, and teaching, serving and encouraging others in their faith around the world.

Bill lived his life with joy, thankfulness, creativity in hard work, and love for people. He delighted in time spent with his grandchildren, and was always finding fun projects outdoors to do with them.

Though he is now absent from his physical body, he is at home with the Lord Jesus, and many loved ones who preceded him there by faith in Christ. His hope and our comfort is that those of us who remain will also one day join him there, and so shall we always be with the Lord. Burial will be on October 6th at Tahoma National Cemetery.

Bill and Barrie have long supported and celebrated the wonderful missions work carried on by the Back to Jerusalem organization.  They are a Chinese missions movement spreading the Gospel worldwide.  It is Bill’s wish that any who wish can send a gift to BTJ in lieu of sending flowers.  Any gifts can be securely made directly through their website at www.backtojerusalem.com

To order memorial trees or send flowers to the family in memory of William "Bill" K Lyons, please visit our flower store.