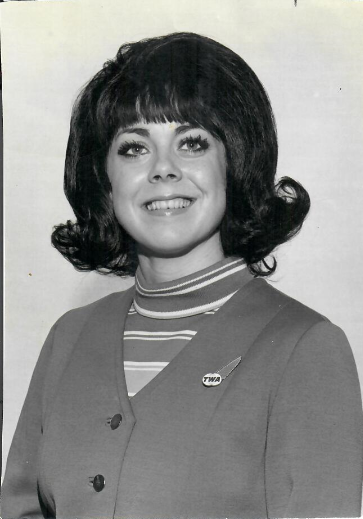 Wendy was born in Vancouver, BC on October 17, 1947 the oldest of three daughters to Ray & Virginia Wampler.  She spent much of her childhood in Pt. Roberts and had fond memories of spending time at the beach there with her sisters, cousins, grandparents and friends.

Eventually the family moved to Blaine, where Wendy graduated from high school in 1965.  She kept in touch regularly with many of her classmates and friends throughout her life.  In recent years, social media has made that a little easier to do.

As a young adult, Wendy traveled the world as a New York City based flight attendant for TWA.  She loved to visit Paris and London, among others and was particularly fond of Rome.   After returning home, Wendy spent most of her career working for one of the local refineries in Ferndale, where she established lifelong friendships with many coworkers.

Wendy loved to cook, particularly for her kids, her kid’s friends, her grandkids and pretty much anyone that showed up at the house around mealtime.   She particularly enjoyed feeding the boys out at the refinery and did so regularly.

Wendy also loved living at the beach with her water views and Birch Bay sunsets.  Anyone who has driven by her condo in the past 20 years in season was treated to a magnificent display of colorful hanging baskets and beautifully kept flowers.

But the true joy in Wendy’s life was her family.  Her mother and father, her grandparents, her sisters and cousins.  Her aunts and uncles, nieces and nephews and of course, her children and grandkids.  Wendy and her sisters shared a particularly special bond, demonstrated by a lifetime of laughter and love and the occasional practical joke.

Later in life she cherished the role of being a grandma.  She was in her happy place when all of her kids and grandkids would come for a weekend sleepover in Birch Bay.  It was a packed house, but that is the way she loved it.

Wendy passed away peacefully on June 10, 2021.  She is survived by her son and daughter-in-law Shane & Julie Stanfill, her daughter Sasha Stanfill as well has her two sisters Vicky Reid and Peggy Dohner, all of whom reside in Whatcom County. She is also survived by her beloved grandchildren, Mia, Shane, Trevor, Hayden, Kamryn and Cade.   Wendy was preceded in death by her parents and her grandson Matthew.

A memorial service will be held on Thursday July 1st at 1:00 at Christ the King Community Church at 4173 Meridian Street in Bellingham.

To order memorial trees or send flowers to the family in memory of Wendy Anne Wampler, please visit our flower store.
Send a Sympathy Card