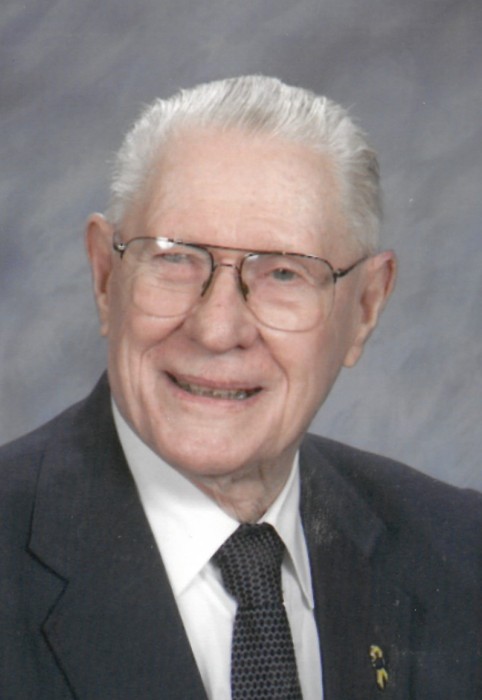 Wayne J. Deming, age 102, of Bellingham, passed away at his home Saturday, April 3, 2021. He was born in Atwater, CA on July 9, 1918 to parents Wayne Winfield and Sarah Elizabeth (Knowles) Deming. His family shortly thereafter moved to Fresno, CA where he completed his schooling. After which he was employed by the Pacific Gas and Electric Company. He married Anna Belle Perry in 1940 and they, in turn, had a son Charles Wayne Deming. They tthen moved to Santa Maria, CA for the Power Company. Then WWII came about and as the call for Electricians to join in the help as a Navy Seabee was loud and clear, he joined in that group to help in our Victory. He served in the Pacific Theater. After the War he left the Service as an Electrician's CPO. The family then moved   to Bellingham to start an Electrical Firm. After his Son's death in 1963, he sold the Firm and went to work for the State's Department of Labor and Industry as an Electrical Inspector for Whatcom and San Juan Counties. In 1973 he was called to Olympia to serve as an Assistant Chief Electrical Inspector for the Department. He later advanced to the Chief Inspector's position, where he remained until he retired. He and his wife then returned to Bellingham to make their home there. Wayne was brought up in a loving family with a Mom and Dad, two Sisters and a Brother. All of them, along with his beloved wife and son, preceded him in death. He did leave, however, two Grand Children - a Granddaughter, Charlayne Deming, who has a great husband, Douglas Hatch and daughter Jenna Hatch and then a Grandson, Roger Deming with a beautiful wife, Cindy. They all are living in California. When widowed, Charles' wife Elaine married Donald Mazy, who took over in helping to raise her two children. She, as the mother of his Grandkids, remained as a daughter-in-law and her husband   was recognized as a son-in- law. They also reside in California. Wayne also leaves Nephews, Nieces and Cousins living elsewhere, along with many devoted and long-standing friends dispersed everywhere. Wayne belonged to many Masonic Orders, being a Past Master of Bellingham Bay Lodge and Grand Mound Historic Lodge. He was a Past Grand Master of the Masonic Grand Lodge of Washington, serving in that position in 1970-71. He was active in all Bodies of the York Rite, becoming Grand High Priest of the State's Grand Chapter of Royal Arch Masons of Washington in 1976-77. He held the rank of Knight York Cross  of Honor in the York Rite Bodies. He was active in the Masonic Scottish Rite Bodies in Bellingham, becoming a 33rd Degree Mason in that Order. He was a life member of Shrine's Nile Temple in Seattle and a member of the Shrine Club in Bellingham. He held the Cross of Honor and the Legion of Honor in the DeMolay. He was a member of the Royal Order of Scotland. He was also a member of the Eastern Star in Bellingham.  He was a life member of the Veterans of Foreign Wars. Much of his time was devoted to the Masonic Craft and its' charitable activities, yet he was   also a Past President of the North West Section of the International Association of Electrical Inspectors. And he was a member of the First Christian Church in Bellingham. No memorial service has been scheduled at this time.

To order memorial trees or send flowers to the family in memory of Wayne Joseph Deming, please visit our flower store.
Send a Sympathy Card