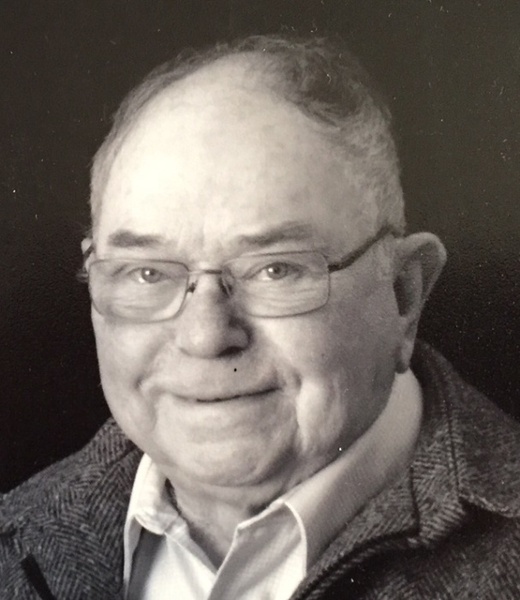 Vernon Hagen passed away peacefully on December 14, 2016.   He was born August 18, 1927 in Bellingham, WA to his Norwegian born parents, Sigvart and Sigrid (Moen) Hagen, in a little house on the corner of Starry Rd and East Smith Rd.  Vern attended Wahl elementary school, Harmony grade school and Mt Baker High School, graduating in 1945.  He attended Washington State College (now WSU) and received his degree in Vocational Education and Agriculture in 1949. He was a life-long Cougar.  He returned to Mt Baker High School to teach Ag and Shop.  He married Arlene Anderson June 16, 1950 in the Blaine Unitarian Church.  Together they had five children, Vernene Scheurer (Larry) of Puyallup,  Vaughn Hagen (Martha) of Bellingham, Stephanie DeHart of Frisco, CO, Kevan Hagen (Betsy) of Tumwater and Kary Hagen (Maria) of Orlando, Fl.  In 1956 the family moved to Toledo, WA where Vern taught Ag and Shop at Toledo High School.  In 1961 he was hired as one of the first teachers at the new Tumwater High School.  He earned his Master’s degree from WSU in 1965.  He was promoted to Vice Principal of THS in 1965 then to Principal in 1966. A position he held for four years.   In 1970 the family moved to Moses Lake where Vern worked as the Business Administrator of Big Bend Community College.   It was there he met and married Diane Olson April 18, 1975.  Vern became step dad to Diane’s three children, Kirk Burress (Karen) of Poulsbo, WA, Suzi Gutschmidt of Bellingham, and Pam Hansen of Bellingham.  Vern retired in 1979 and he and Diane left Moses Lake and returned to Bellingham to the property where he was born.  They built a house and lived on the property for the next 30 years.  Vern spent his retirement years as a handyman and could fix almost anything related to the home having built four of his own homes over the years.  He was Past President and very active in the Bellingham Sons of Norway Lodge, having been a member for 67 years.  Making lefse at Christmas was his specialty. He was also a long time, active member of the Blaine Unitarian Church.   In 2013 he moved into St Francis Care Facility.  We are grateful to the Staff of St Francis for the exceptional care he was given these past four years.  We are also grateful for Hospice Services for their exceptional care as well.  Vern is survived by his loving wife,  Diane, of 41 years, his five children and three step children, his two sisters, Laurine Keyes of Bellingham and Anne Garnaas Dillon of Queen Creek, AZ, Arlene Anderson of Tumwater, WA, 16 grandchildren and 16 great grandchildren.  Donations can be made in Vern’s memory to the Blaine Unitarian Church, 1218 Harrison Ave, Blaine, WA  98230.   A celebration of Vern’s life will be held at the Blaine Unitarian Church, 1218 Harrison Ave., on Saturday, December 31 at noon.

To order memorial trees or send flowers to the family in memory of Vernon Hagen, please visit our flower store.