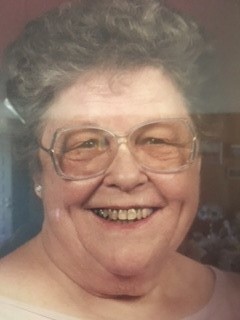 Verda Grace Ratcliff, age 89, passed away at her home on June 28th, 2021. Verda was born in Port Angeles, WA on Oct. 22, 1931 to Frank and Lena Lindsay. She married Walt (Holm) Ratcliff in June of 1951 and started her 17-year run traveling the U.S. as a dedicated Navy wife until Walt retired in 1968 and they settled down in Bellingham, WA. Verda & Walt had three children Jody Slemp, Carl Ratcliff, & Lyle Ratcliff. Verda was preceded in death by her mother and father, brother Roy Lindsay, brother Carl Lindsay, sister Frances (Bonnie) Edwards, daughter Jody, son-in-law Jack Slemp, niece Carla Summerhouse, daughter-in-law Joan Austin, and the love of her life Walt. She is survived by her sons Lyle & husband Terry Tyll and Carl & wife Rochelle Ratcliff. She is also survived by her grandchildren Cheryl Alvis, Greg Slemp, Tim Ratcliff, & Michael Austin and wife Kelly, her great grandchildren Natyllie Ratcliff, Madelyn Ratcliff, Sarah Austin, Charlotte Austin, Adelaide Austin, Cora Austin, and soon to be born Vivian Austin. Family was especially important to Verda, and she also leaves behind her cherished nieces & nephews George Edwards and wife Judi, Ron Edwards and wife Luella, Emilie Sumwalt and husband Duane, Lindsay Edwards, and Dave Ratcliff. Verda also loved her incredibly special friends Elsie Deason of Phoenix, Gwen Porterfield of Port Angeles, Joanne Korengo of Oak Harbor, and Sandy Nelson of Bellingham. Verda lost her special friends Frank and Alicia Barrett many years ago and loved their children Dave, Bruce, and Shannan as though they were her own. She also had a special relationship with Ron & Kim Cowan and their children Jonathan, Christopher, & Nicole who she viewed as another set of children and grandchildren. Verda had a special talent when it came to cooking and her infamous apple pies were to die for. Verda was proud to be a Navy wife and because of that she often was the only parent her children had with them when their father was overseas during his Navy enlistment. Even then she gave them a wonderful life, living on Navy wages, which in the 50’s & 60’s were not very plentiful. Verda loved animals and especially her two beagles Trouble & Holly which we are sure will join her after crossing the Rainbow Bridge on her way to heaven. Verda’s family would like to thank her Hospice Angels Marianne, Amy, Allison, Robyn, and Lauren for their wonderful care at home these last nine months. There are no services planned at this time. A gathering may be scheduled at some time in the future. If you want to honor Verda in some way, please donate to Whatcom Hospice Foundation (2901 Squalicum Parkway – Bellingham, WA 98225) or the Whatcom Humane Society (2172 Division St. – Bellingham, WA 98226) in her name.

To order memorial trees or send flowers to the family in memory of Verda Grace Ratcliff, please visit our flower store.
Send a Sympathy Card