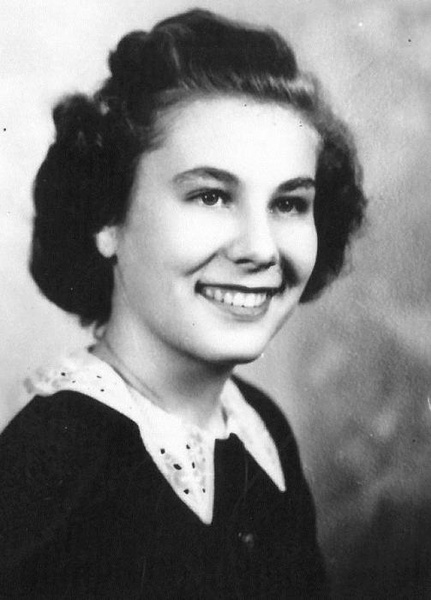 Vera Elizabeth Armstrong was born October 24, 1928 in Wakeeney, Kansas to Bernhardt and Elizabeth Meyer. She grew up and graduated High School in Wakeeney, enduring through the great depression. Vera married Virgil Armstrong December 24, 1948 in Sharon Springs, Kansas. They had three children, Virginia, Vernon and Vicki. During the fifties and sixties Virgil worked for the Union Pacific Railroad and the family lived in various location in Kansas and Colorado. Vera remained a dedicated wife, mother and homemaker during this time. In the mid-1960’s the family re-located to the Pacific Northwest ,living on Vashon Island for a few years while Virgil was involved in building the Boeing plant in Seattle. Vera and Virgil both were employed at the K-2 ski factory on Vashon, for a while, before moving to Whatcom County.  The family first moved to Lynden, then to Ferndale. Through the years Vera supplemented family income with retail positions and tried her hand at selling Avon briefly. She was dedicated to raising her family and enjoyed baking cookies, pies and bread. She loved animals, especially her cats. She was preceded in death by her father, mother, two brothers, Solomon and William, sister Marie, husband Virgil, and son-in-law, Ron Cranford. She is survived by Virginia Cranford, Vernon Armstrong, Vicki Jones and her husband Tim. Grandchildren Jennifer (David) Branch , Ron (Sara) Cranford, Mark (Shawna) Cranford, Bekki and Karen Armstrong; Great-grandchildren Trent Cranford, Gabe and Reilly Cranford.

Gather ye rosebuds while ye may,
Old time is still a-flying;
And this same flower that smiles today
Tomorrow will be dying.
The glorious lamp of heaven, the Sun,
The higher he’s a-getting,
The sooner will his race be run,
And nearer he’s to setting.
The age is best, which is the first,
When youth and blood are warmer
But being spent, the worse, and worst
Time still succeed the former.
Then be not coy, but use your time,
And while you may, go marry;
For having lost but once your prime,
You may forever tarry.

To order memorial trees or send flowers to the family in memory of Vera Elizabeth Armstrong, please visit our flower store.