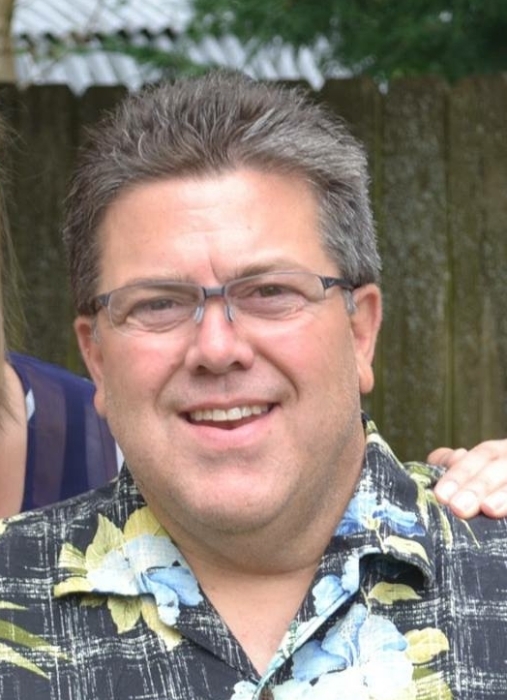 Todd Goodman Ramsay, age 53, passed away on Sunday, August 5 at St. Joseph Medical Center in Bellingham. His death has sent shockwaves through a wide-ranging community of loving family and friends. Todd was born in Bellingham in 1965. He attended Columbia and Birchwood Elementary schools, Shuksan Middle School, and Bellingham High School. He received his bachelor’s degree in criminal justice from Washington State University, where he played football and was an active member of the Alpha Gamma Rho fraternity. He was also a graduate of the School of Police Staff and Command at Northwestern University and Harvard’s Kennedy School of Government senior executive program. He was die-hard Cougar to the end. Todd became a commissioned officer with the Bellingham Police Department in 1987, following several years with the department’s Explorers cadet program. He rose through the ranks and served as Chief of Police from 2008 until his retirement in 2012. Above all, Todd was a family man. His pride and joy is his son Hayden. Todd was never happier than when he was on the sidelines watching Hayden play baseball, basketball, football, and rugby. Todd also coached youth and high school football and baseball, and made an impact on countless young lives. Todd’s parents Ray and Rhea were deeply influential and instilled in him a sense of duty, honor and service, as well as a keen sense of humor. He and his wife Torhil recently celebrated their 8th anniversary. Todd served with many community organizations, including the Bellingham Boys & Girls Club, Bellingham Bay Rotary, WWU’s Athletic Advisory Board, the Commission Against Domestic Violence, and many others. He was an ardent supporter of local service agencies. Whether you knew him as Chief, Hoss, Rams, Coach, dad, son, or simply friend, Todd was always quick to share a laugh, lend a hand, or serve as a sounding board for advice. He will be greatly missed by many. Todd is survived by his parents Ray and Rhea, son Hayden, brother Lance (Kendra), niece Kelsey, wife Torhil, his beloved Rottweiler Samson, and numerous other family and friends. He is preceded in death by his grandparents William and Helen Bishop, and Ira and Florence Ramsay. In lieu of flowers, the family would like any donations to be made to the Behind the Badge Foundation (www.behindthebadgefoundation.orgâ€‹). A celebration of life will be held on Sunday, August 12 at 2 p.m. at St. Paul’s Episcopal Church in Bellingham. Go Cougs.

To order memorial trees or send flowers to the family in memory of Todd Goodman Ramsay, please visit our flower store.
Send a Sympathy Card