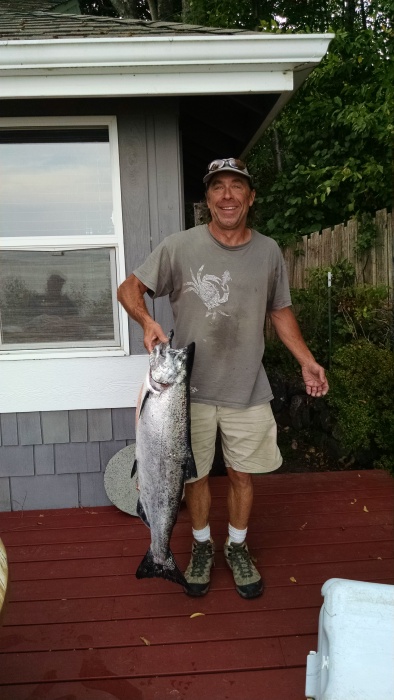 Tom LaPlante, a long time Bellingham resident, passed away unexpectedly at his home over the 4th of July weekend.  Tom was born in Bellevue, Washington on May 31, 1963.  After graduating from Newport High School in Bellevue, he attended Western Washington University where he obtained a degree in Geology.  Following graduation, Tom made Bellingham his home and became a tile and granite contractor, undertaking numerous residential and commercial projects throughout Western Washington.  Tom was a highly skilled artisan and a perfectionist in his work.  He completed numerous challenging projects, including the renovation of the fountain at the Leopold Hotel in Bellingham and many high end residential projects. Tom was a passionate fisherman, crabber and shrimper.  He loved his boat and enjoyed frequent trips to the San Juan Islands, Sekiu and Neah Bay.  An avid skier, he enjoyed dozens of outings to Mt. Baker as well as trips to ski areas in Colorado. A kind and gentle man, Tom had a charismatic personality.  He was a Mister Fix-It and was extremely generous with his time when friends were in need. He had many, many friends, both old and new, who loved him and who are today grieving his untimely loss.

A celebration of Tom’s life will be announced and held at a later date.

To order memorial trees or send flowers to the family in memory of Thomas (Tom) Andrew LaPlante, please visit our flower store.
Send a Sympathy Card