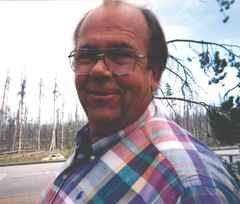 Thomas (Tom) Bruce Bhear, age 68, passed away at his home with his wife, of 47 years, Carol and his three children, Kim Michelle and Jason, at his side. Tom grew up in Bellingham and discovered his first love - the water - on a ferry ride to Lummi Island at the age of six.   After finishing high school and a stint in the National Guard he worked for Foss Tugs.  While still working for the tugs he moved to Yakima with his wife Carol and two daughters.   After Jason was born he quit working on the tugs and started his career as a heavy equipment mechanic for Caterpillar.   This eventually took his family to Omak where he made many friends and raised his family.   Living in Omak he was able to rekindle his love for farming but never lost his love for the water.   When an opportunity came up to move back to the coast he did.   In all this time he remodeled 3 homes and finally built his dream home on 5 acres in Bellingham, just down the road from his childhood home, with the help of his good friends from childhood - Dale, Richard, Tim and Mick. After moving back to Bellingham he was able to reconnect with his cousins from Canada and looked forward to their annual Labor Day reunion. He also had a lifelong hobby of restoring cars and was in the process of restoring a 55 Chevy.   While he had many hobbies and worked hard his whole life his greatest pride was his 3 children.  They were by his side and every moment he had with children and grandchildren these past 18 months was special. Tom had knowledge of so many topics and was rarely without an answer.   If you had a problem Tom could find a solution. Over the years, he and Carol had many adventures.  They traveled often, from Florida to Bellingham, owned and lived on a boat in Anacortes and Friday Harbor.   He crossed the US hauling his last boat.  One of his last trips was with Carol to Key West and finally in retirement he learned to relax watching the sun set on a beach.   He enjoyed traveling to Las Vegas to see Kim and her family, watching Jason play football in college and then give him his first granddaughter.  He encouraged Michelle to travel and was able to visit her in Washington DC where she had to pull him out of the Art museums to everyone’s surprise. He touched so many people’s hearts, never knowing a stranger and helping anyone that asked.   He will be forever missed by his wife Carol; his daughter Kim Gambale and son in law David, his daughter Michelle Flores and son in law Tony; his son Jason and daughter in law Mandy.   His six grandchildren, that knew him as Grandpa, Papa and Grandpa T!, Ace Gambale, Katey and Mikey Flores, and Emma, Jacob and Lauren Bhear.  His sister Colleen Tuck and brother in law Roger, his nephews Scott and Blair and their families.    He will be greatly missed by his Uncle Irving Haug (Aunt Vernamell) who he considered his second parents.    His three cousins, Steffen Haug, Erik Haug and Mandy Rasmussen, were the younger brothers and sister of his heart.  His Aunt Willodean and all his cousins in the Midwest.

A very special thank you to everyone at the Cancer Center, especially Dr. Kominsky, Dr. Thompson and favorite nurse David.

To order memorial trees or send flowers to the family in memory of Thomas (Tom) Bruce Bhear, please visit our flower store.
Send a Sympathy Card