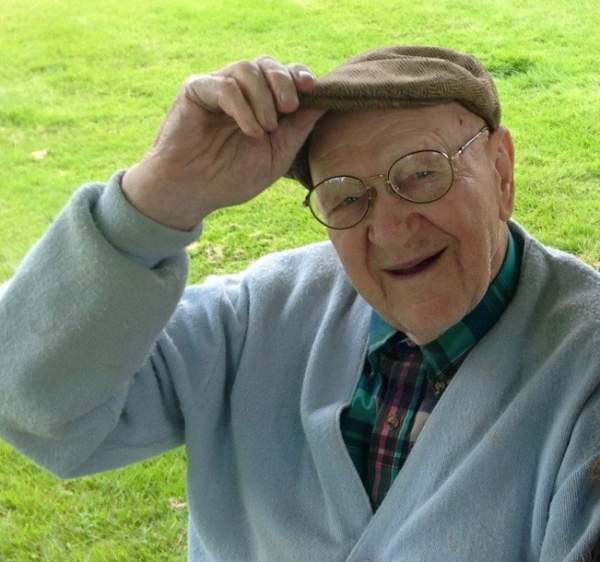 Theodore Zawicki went to be with Jesus on Saturday, June 25, 2016, 6 days before his 104th birthday. He was born at home in Bessemer, Michigan in 1912. He enjoyed his boyhood with his 11 siblings doing chores, wandering in the woods, fields and fishing. He left home to join the 3-C’s to log and do construction work in California, Oregon and Washington during the beginning of the Great Depression. In 1939, he married his sweet Betty (d 1993) and began his family: Art (Lynn), Jeannie, John (d 2012) (Marianne), and Dan (Delinda).

Ted served in the Aleutian Islands with the U.S. Army Engineers, later purchased 80 acres in Oregon to work and log, 1955 to Bellingham and in 1967 Lynden where he stayed put. He helped his son start a wrecking yard along I-5, which eventually moved to what is now Z Recyclers where Ted worked until he was 83. After that he took up fishing full-time. He enjoyed being “the” pool champ at the Lynden Sr. Center.

He was never a worrier but truly a warrior in prayer and love for his ever- growing family of numerous grands, great grands and great great grand-children.

Ted’s life testimony of memorizing scripture, singing and praising the Lord continued to the end in glorifying His Heavenly Father in word and deed. A memorial service will be celebrated on his “would be 104th birthday”- Friday, July 1, 2016, 6:30 PM at CrossPoint Church, 8686 Vinup Rd., Lynden, WA 98264.

To order memorial trees or send flowers to the family in memory of Theodore Zawicki, please visit our flower store.