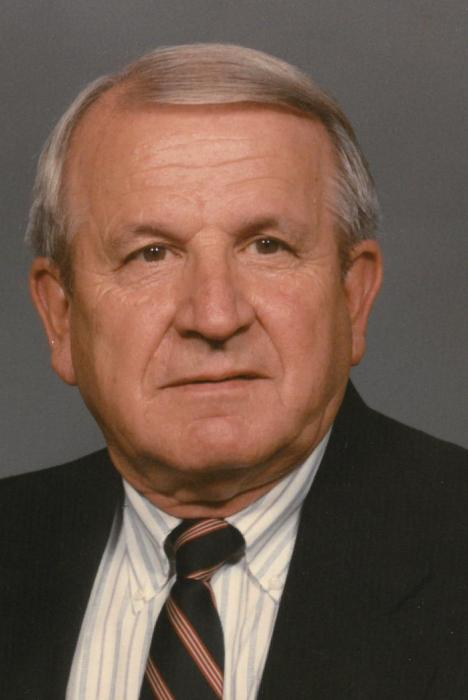 Theodore Robert “Ted” Perry, age 91, passed away peacefully Monday, December 18, 2017 at St. Joseph’s Hospital from an aneurism.    He was living life vibrantly right up to the last few hours of his life on earth.    Ted was the 4th in a family of 9, with 5 brothers and 3 sisters.    He was born to Harvey James and Theresa (Jones) Perry in Bellingham, Washington on April 23, 1926.  Although growing up in this large family during the depression was not easy, Ted shared many good memories.   A sophomore in Bellingham High when the Pearl Harbor attack began WWII, Ted watched his 3 older brothers enlist and head off overseas.  As soon as Ted graduated in June 1944, he joined the Army Air Corp, returning briefly in the fall of 1944 to marry his High School Sweetheart, June Spearin.   Ted was a mechanic on the B-24 Liberator bombers for 2 years, returning home in 1946.  After the war, Ted worked the counter and delivering parts at Automotive Parts for 25 years while he and June raised 3 children, Richard, Janet and Ron.   In 1971, he began working at WWU Central Stores until his retirement in 1988.   Here he fulfilled a lifelong desire to help with the labor union effort, which ultimately led Ted into the political arena.    Ted was a strong supporter of the Democratic Party, assisting or leading the campaigns of many candidates for both Local and State legislative offices.  He often said that he didn’t have the patience or personality to run for office himself, but the candidates he supported found his innate skills to be invaluable.   Ted stenciled yard signs and managed campaigns, and even moved to Olympia for a year to work in a staff position for one of our local legislators, after he retired.  Ted and June were blessed to be able to celebrate 62 years together in 2006.  In retirement Ted and June traveled across the country several times and enjoyed spending time in Hawaii.   Ted especially enjoyed two trips to the “other Washington”, going with June to attend the 92 inauguration of President Clinton and again in 2013 with his Great-Grandson, Tyler Perry, on an Honor flight with other WWII veterans to tour DC monuments.  But Ted reserved much of his time in his retirement to love and support his 11 grandchildren, 26 great-grandchildren, and 3 great-great-grandchildren.  Many times each week, Ted could be found at track and field meets, football, basketball, softball, volleyball, hockey & soccer games, concerts, plays, and  music recitals whenever his grandchildren and later, great-grandchildren were participating.   He owned hats and sweatshirts from Mt. Baker, Nooksack, Squalicum, UDub and WWU to support his family members who attended those schools.   His extended family recognized and appreciated the gift he was to us all, as he seemed to get better with age, like a fine wine.   His great-granddaughter, Morgan, his college housemate of the last 4 years, often said, “Everyone should live with a 90 year old man”.   Not that he was perfect, for he was blessed with the Perry quick temper and outspokenness, not holding back when he thought a particular idea, action or person needed correcting.   He was a treasure to his family which we don’t expect to see the likes of again, this side of Heaven.  Ted was preceded in death by his Parents, Harvey and Theresa Perry, wife of 60 years, June (Spearin) Perry, daughter Janet Intveld, son Ron Perry, granddaughter Allison Perry, brothers Lester, Lyle, Bonnie, and Dale Perry and sisters Geraldine Ford and Doris Johnson.  Ted is survived by brother Jim (Margaret) Perry and sister Judy (Ed) Weaver, brother-in –law Ken Ford, sister-in-law Kathryn Goff, sister-in-law Delores Perry,  son Richard (Fran) Perry, son-in-law Steve Intveld, all of Whatcom county, daughter-in-law Kathleen Green  of Seattle, Grandkids Malissa Perry, Melanie McLachlan, John (Jen) Perry of Bellingham , Joel  (Kelly) Perry of Moscow, Idaho, Tress (Chip) Hewitt of Long Beach, CA,  Josh (Amanda) Intveld of Whatcom County, Zach Intveld of Bellingham, Andrew Intveld of Salt Lake City Utah,  Mandy (Felipe) Figueroa and Liana (Katie) Green  of Seattle, 25 great-grandkids, and 3 great-great grandkids.  Also, Ted is survived by numerous nieces and nephews and their families, and so many good friends.  Special thanks to niece Lynne (Kim) Swan for your devoted attention to Ted while we were traveling. A celebration of Ted’s life with Military Honors will be held 2pm Friday, Dec. 22, 2017, in the Squalicum Boathouse at Zuanich Point Park, , 2600 N. Harbor Loop Dr. , Bellingham, WA.  If you wish to honor Ted, please make a donation to the charity of your choice.

To order memorial trees or send flowers to the family in memory of Theodore "Ted" Robert Perry, please visit our flower store.
Send a Sympathy Card