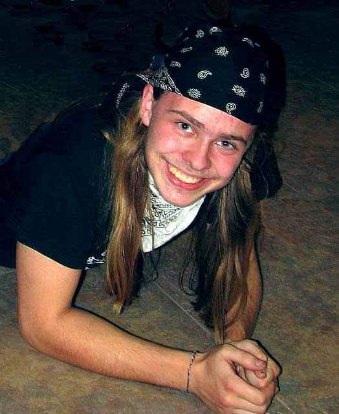 Terry Emmitt Lowe, 30, of Ferndale, Washington, passed away unexpectedly Sunday, January 24, 2021. Terry had an infectious laugh, a smile that lit up the room, and a heart for people. His proudest achievements were his graduation from massage school in 2013, and his multiple mission trips to Jamaica. His greatest treasures were his faith and his neices and nephew. Terry was born on October 24, 1990 in Bellingham, Washington to Ernie Terry Lowe and Neva Jean Countryman. Terry is survived by his parents, Ernie (Gina) Lowe and Neva Leamon, grandmother, Marie Freeman, brother, Bryon (Kjersti) Mutchler, sister, BeaJay Fellers, brother, James M. Fellers, nieces, Samantha, Rayanne, and Keira, nephew, James A. Fellers, numerous other friends and family members, and his best friend, Prayer. Terry was a true believer and is home with his Father in Heaven.

To order memorial trees or send flowers to the family in memory of Terry Emmitt Lowe, please visit our flower store.
Send a Sympathy Card