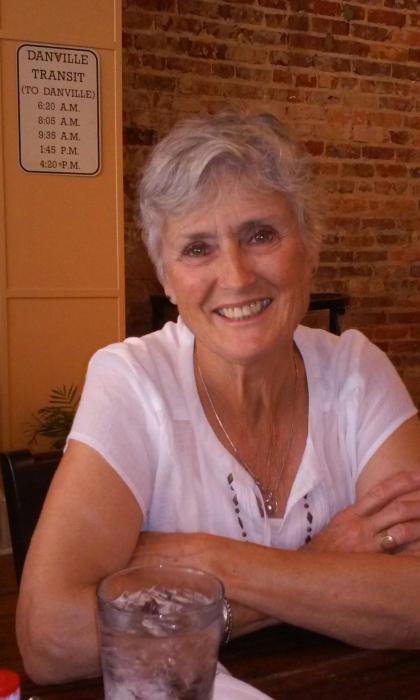 Susan Harriet Hodges, age 73, passed away on March 9, 2021 at the Whatcom Hospice House

in Bellingham.  She and her twin sister, Terry, were born on April 14, 1947 in Philadelphia, Pennsylvania.  She was one of five children born to Harriet Richardson Linekin and Everett Freeman Linekin.

Sue's father was in the United States Navy.  In 1952, when she was five, the family moved to San Diego, where her father retired from the Navy.  Sue lived in San Diego until her marriage to Bill Hodges (now deceased) and their move to Bellingham.

Sue spent almost 35 years serving with the City of Bellingham Public Works Department as an Administrative Coordinator, which according to the staff meant she was indispensable, knew where everything was, what to do with it and how to get problems fixed.  She retired on April 30, 2014.

For 25 years Sue was a member of a Book Club that met once a month at a member's beach house in Anacortes where Sue had her "own" room.  The club stopped discussing books after the first year.  Thereafter, it was a gathering of souls and spirits and forging of lifelong friendships.

At one point, Sue and her partner, Jere, purchased a boat and joined the United States Power and Sail Squadron where she was an active member participating in cruises to the San Juan Islands, the Broughton Islands in Canada and a boat adventure to Alaska.  She served as the Squadron Education Public Boating Chair and was instrumental in helping with the educational classes offered by the Squadron, organizing materials, greeting new students and members and making them feel welcome.  In addition she was always ready to help with putting on the monthly dinners for meetings of the members.

Sue was strong, warm, generous and funny with a quick wit and great sense of humor.  When confronted with a negative situation Sue would find something positive about it, hopefully

paired with a laugh.  Sue was compassionate and caring and always had a kind word and reassurance for her friends. She was much loved by her co-workers, by her boating friends, by her book club friends and by her neighbors.  She was interested in everything and never lost her sense of wonder, whether it be over a yellow rose or a white bear in the Broughton Islands. She will be sorely missed.  There will never be another Sue.

Sue is survived by her twin sister, Terry Summers of Chatham, Virginia; her brothers Parker Linekin of San Diego, and brother Michael Linekin of Florida; her partner Jere Montague of Bellingham, and numerous friends, neighbors and members of her book club.  She was preceded in death by her parents and by her brother Paul Linekin.

To order memorial trees or send flowers to the family in memory of Susan Harriet Hodges, please visit our flower store.
Send a Sympathy Card