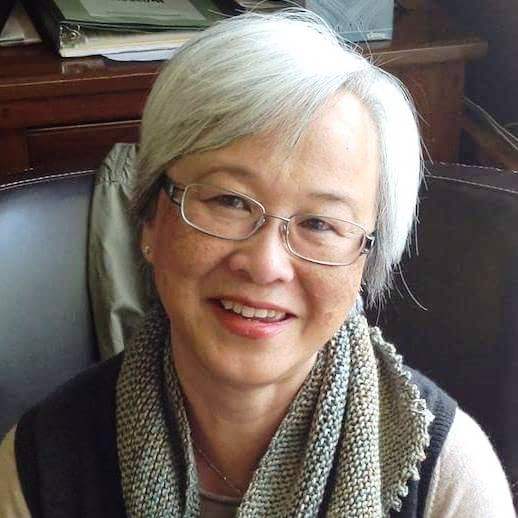 Susan Miu Lee Decima slipped away on August 10th at the age of 66 at home in Lynden, Washington surrounded by her loving family.  She fought a valiant battle for over five years with a rare form of cancer.

Miu Lee Kong was born on June 10, 1952 in the British Crown Colony of Hong Kong.  As the last born, she was the baby of her family.  She was educated at the schools there in English where she became known as Susan.  Although Cantonese was her native language, she was bilingual and fluent in English.

After completing her schooling she was employed in the offices of Mitsubishi Corporation in Hong Kong.  Dick had been posted to Hong Kong in 1972.  In the mid-seventies Susan’s friend, who was married to a colleague of Dick’s, arranged an introduction; love blossomed and they married.  Their daughters, Karlee and Karina, were both born in Hong Kong.  She became a U. S. citizen in October 16, 1987.

Susan, Dick and their daughters moved to the U.S. Territory of Guam in 1982 and then to Burnaby, British Columbia, Canada in 1989 where Susan’s parents and siblings had immigrated.  In 2003, after both daughters left home for universities in California, Susan and Dick settled in Lynden.

She enjoyed traveling and visited Macau, Denpasar (Bali), Indonesia, the Philippines, Japan, France and Italy.  She particularly liked visiting the island of Oahu in Hawaii on many stopovers en route to the continental United States.

Susan was accomplished in the arts of cooking and baking, sewing, crafting Japanese dolls, making quilts and making friends.  Although she was an excellent cook, she liked to eat out with family and friends particularly dim sum and sushi, as well as Mexican food at Cancun restaurant in Lynden.  She loved classical music and artists like Yo-Yo Ma and, as an adult, took piano lessons.

She regularly skyped with her sisters in Burnaby in Cantonese on Saturday afternoons.  She was a docent at the Lynden Pioneer Museum for many years.

Susan was a loving and devoted wife, mother, grandmother and auntie.  She was known as Pau Pau (grandmother in Cantonese) to her grandchildren.  A gentle individual, she was loved by all who knew her.  She will be sorely missed.

Her ashes will be scattered by the family in a private ceremony in the Scatter Garden at the Greenwood Cemetery on East Wiser Lake Road nearby to some of the scattered ashes of her mother.  Susan’s name will be inscribed on the memorial stone there.  A portion of her ashes also will be interred in the Lynden Cemetery.

For those who wish to do so, a contribution may be made in her name to Whatcom Hospice Foundation or St. Joseph Foundation at 2901 Squalicum Parkway, Bellingham, WA 98225.

There will be a celebration of her life at the Bellingham Yacht Club on Monday, September 10, 2018 from 11:30 am to 2:00 pm.  She specifically requested that no one should wear black and that the celebration should be a happy occasion filled with pleasant memories.   Family members, friends, neighbors, caregivers, members of her support group, docents and anyone who knew her are invited.

To order memorial trees or send flowers to the family in memory of Susan Miu Lee Decima, please visit our flower store.