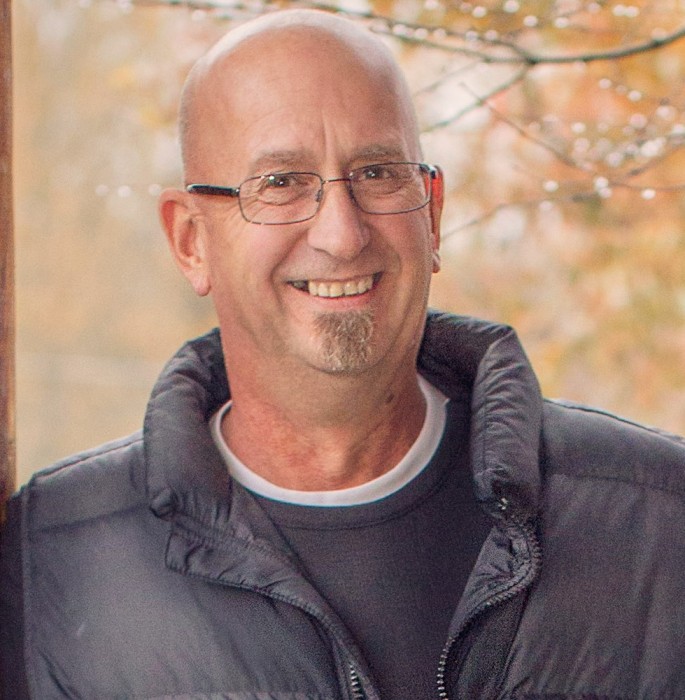 Steven (Spike) Johnston; age 58; of Lynden, WA was surrounded by his family when he went peacefully to his home in heaven on Friday evening, September 13, 2019 after losing his courageous two year battle with pancreatic cancer.  Steve was born on May 11, 1961 in Bellingham, WA; he was the first born son of Jim and Harriett (VanBeek) Johnston.  Steve was a 1979 graduate of Lynden High School.  In 1983 Steve married Glenda (VanderVeen) Johnston.  Over the next 36 years the two of them raised three amazing children.  Steve cherished his family and loved spending time with his two granddaughters.  Even in his sickest of days, Steve enjoyed trips to the river and beach with his family, soaking up every second with the ones he loved so dearly.  Very little made him smile more than being surrounded by family at his home, working on projects or hearing about the projects his kids were involved in elsewhere. Steve’s employers, co-workers, friends, and neighbors became an extended family to not only Steve, but to the entire Johnston family. During the last month of Steve’s life it was not uncommon for him to wrap his ailing arms around those who visited telling them how much he loved and appreciated them and the part each played in his life’s story.  There isn’t an explanation of why a vibrant, giving, generous, spirited soul like Steve had to be taken so soon, but Steve had a peace about where he was going and he shared his faith and love for God often.  He knew that he belonged to a loving Father in Heaven and he was about to enjoy a glorified body that would never get sick or tired again. Steve is survived by his wife, Glenda (VanderVeen) Johnston, his children; Taryn (Johnston) and Grant Wagter, their daughters Harper and Sayler; Landi (Johnston) and Nat Tillis; and, Dane and Bre (Adams) Johnston; along with his brothers, Kevin and Marlene Johnston; Rod Johnston; Brian and Nancy Johnston; Mike and Gwen Johnston; and, his mother-in-law Joanne VanderVeen; along with numerous very loved nieces and nephews.  Steve was preceded in death by his parents, Jim and Harriett Johnston, and his father-in-law, Ted VanderVeen. Funeral services for Steve will be held on Friday, September 20, 2019 at 3:30 p.m. at North County Christ the King Church in Lynden, WA.  Friends wishing to make a memorial contribution may do so to Seattle Cancer Care Alliance and/or Whatcom County Hospice.

To order memorial trees or send flowers to the family in memory of Steven (Spike) Johnston, please visit our flower store.
Send a Sympathy Card