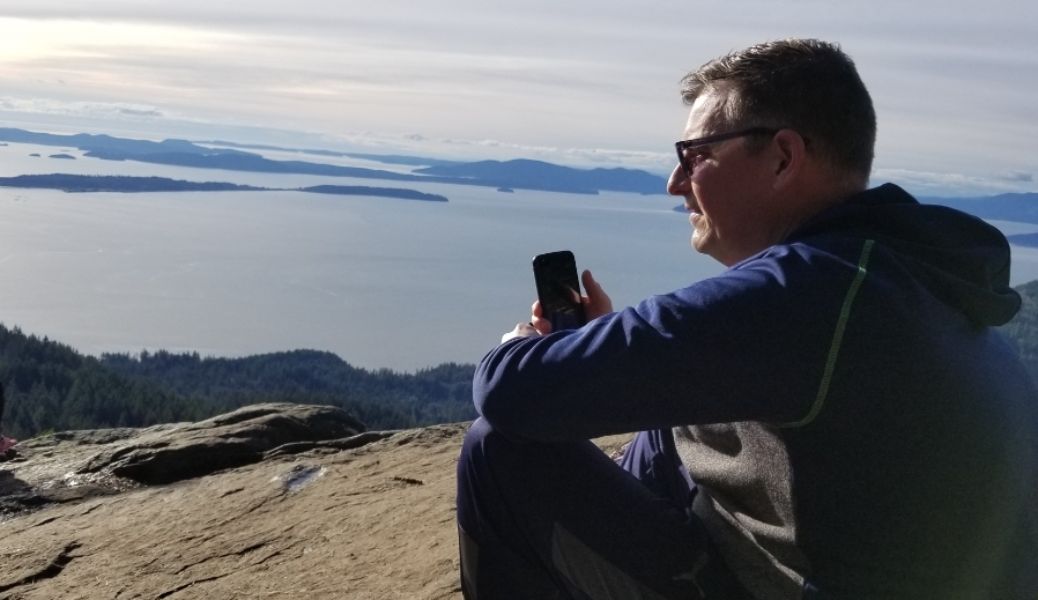 Stephen Jay Owen (Steve O) born to Virginia Owen Leatherwood on February 3, 1969 in Bellingham, Washington peacefully passed away at the age of 53 on February 11, 2022 as the sun set.  Stephen valiantly fought a seven-month battle against High Grade SCC surrounded by family and friends who loved him infinitely.

Stephen graduated in 1987 from Bellingham High School.  After graduating, Stephen continued working in the restaurant industry for the next fourteen his years as a Line Cook, Executive Chef, Entertainment Sales and large Concert Event Booking. As Stephen left the restaurant industry in May of 2006 and dedicated the rest of his life to sobriety. Stephen later went on to College focusing on the medical field.

He absolutely loved his job at PROSC and adored his coworkers.  Our family would like to extend a special thank you to the PROSC employees for supporting Stephen during his fight against Cancer.

The week before Stephen passed, he traveled to Maui on a bucket list trip with his best bud and cousin Dave O.  Although his time was cut short, he was able to experience the beauty of the beach, watch the sunset and witness Humpback whales breaching.  We are so thankful that he was able to feel the warm sun on his skin while wearing Tommy Bahama one last time.

The family would like to thank all those who donated to Stephen’s GoFundMe account that eased the financial burden.

A special thank you is owed to Dr. Polishchuk who provided outstanding care throughout Stephen’s entire diagnosis and treatment.  Stephen couldn’t say enough about Dr. Polishchuk and was beyond grateful for his dedication to his treatment and commitment to Stephen’s love for life.

A memorial Service will be held at Squalicum Boat House on February 26 at 11:00 AM, all are welcome.

Stephen was a lifelong Seahawks fan and season ticket holder. He would love to see everyone in Seahawk’s gear.

In lieu of flowers, donations can be made to the Why Not You Foundation.

To order memorial trees or send flowers to the family in memory of Stephen Jay Owen, please visit our flower store.
Send a Sympathy Card