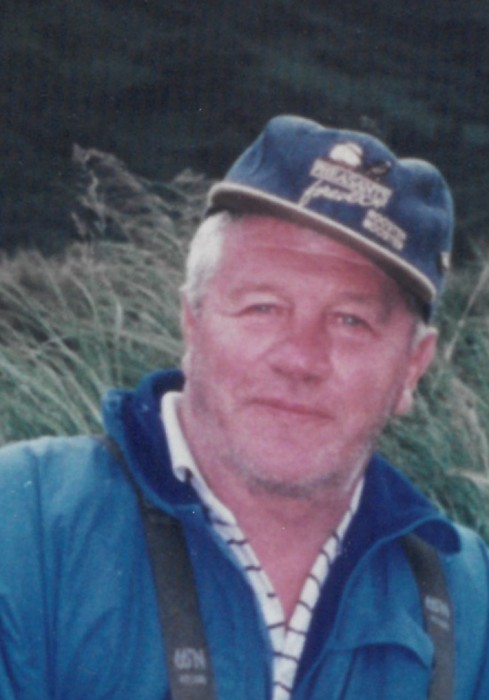 Stanley Russel Graves, age 87, passed away Sunday, May 2, 2021 at his home in Ferndale, Washington surrounded by his family.  Stanley was born on April 22, 1934 in the sand hills of Chambers, Nebraska to Russel Lawrence and Latrelle (Grimes) Graves and his family moved to Ferndale when he was 3 years old.  He graduated from Ferndale High School in 1952 and immediately left for Olga Bay on Kodiak Island where he was a Gill Netter for over 60 years.

In September 1954 he married Joanne Shilleto, his best friend and partner for 65 years. They showed their family the power of love and friendship in a relationship and was a fine example of family ties and commitments.  As one grandson wrote, “You have instilled in us the importance of family, friends, hard work, adventure and that it is ok for a man to cry”.

Stanley enjoyed traveling, he and Joanne took many trips in and out of the country. Stan’s greatest joy was his family. If you spent any time talking to him, you would know the achievements of each of his seven grandchildren.  Many trips were made to Kingston, Wenatchee, or events in Bellingham where you would find him cheering on the sidelines or applauding in the audience of sporting events, plays or band concerts, never missing a special event.  If he was not present at an event, he would be the first person called to receive the event’s highlights.

Stanley was preceded in death by his parents Russel and Latrelle Graves and his wife Joanne. He is survived by his children Wendy (Roy) Gegenhuber, Karen (Marc) Sather, Eric (Wendy) Graves; his Grandchildren Megan (Craig) Frank, Brian Gegenhuber, Hayden and Tor Sather, Carie, Brandon and Amy Graves; great grandchildren, Mason and Taylor Frank; brother Bob (Evie) Graves; sister Debbie (Gary) Holwegner; sister in law's Charlette Rouse and Claudia (Robert) Unruh.  Numerous nieces and nephews and so many special long-time friends. Stanley will be deeply missed by his family, friends and many who knew him.

His love of the outdoors was his passion, winds, tides, fish, and family were his gifts.   We will miss his stories, his interest in our lives and his unconditional love.

In lieu of flowers please make donations to Cornerstone Church in Ferndale, Washington, or Whatcom Hospice. Private family graveside services will be held later this month at Enterprise Cemetery in Ferndale.

To order memorial trees or send flowers to the family in memory of Stanley Russel Graves, please visit our flower store.
Send a Sympathy Card