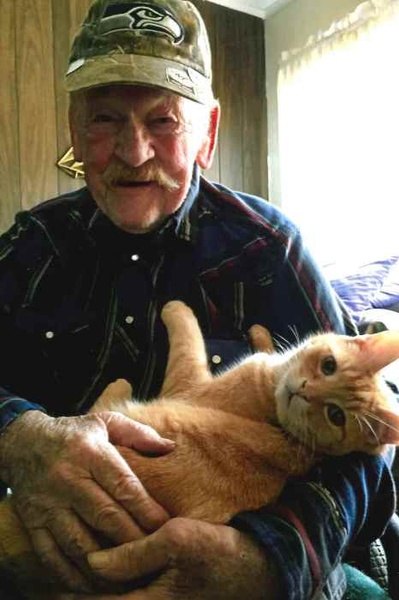 Stan Mills passed away peacefully at his home on January 14, 2017. He was born to Charles Taylor and Virginia (Pickard) Mills on June 21, 1943. He married Kathy Clifton on 9-26-64 and they have been married for 52 years. Stan is survived by his children Karen Mills, Kim (Nick) Trail and Jeff (Shellie Neyens) Mills. Brothers Carl and Garry Mills, Rick Palmer and sister’s Lois (Larry) Green and Anita Palmer, Grandchildren, 1 Great Grandson, several Nieces and Nephews.

He is proceeded in death by his parents, sisters Sharon, Shirley and Vickie Mills, Niece Stephanie Sisson and Nephew Chuck Mills. Stan was a long time truck driver with Ludtke Pacific. He took pride in his trucks and would spend hours washing his truck and making it shine for Parades and the Deming Log Show. Stan would spend hours in his shop that was filled with multiples of everything, you could hardly get around but he knew where everything was.

The family would like to give a special Thanks to Dr. Banjanan and his staff and to Lynn Ferrier. We love and appreciate you and everything you have done! There will be a gathering at a later date.

To order memorial trees or send flowers to the family in memory of Stan Mills, please visit our flower store.