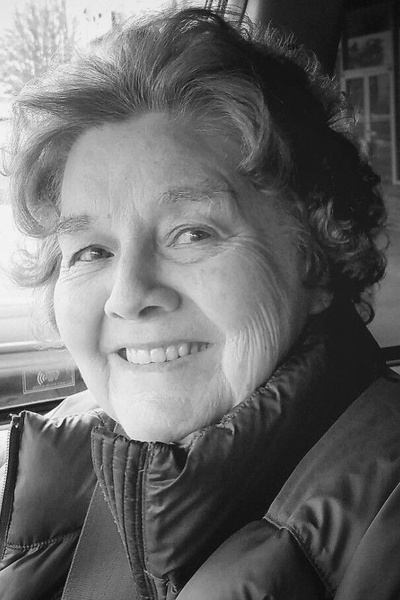 Sharon Kathleen Stafford has reunited with her devoted husband Harry in heaven after a long journey with Alzheimer’s. She was surrounded by loved ones in the last days of her life and passed peacefully in the early morning of December 11, 2021. She will be deeply missed by all.
Sharon Kathleen Hughes’ extraordinary life began September 9, 1945, in Spokane, Washington, just as WWII ended. She was the eldest child of Jean Eileen Brady, a nurse and homemaker, and Robert Gordon Hughes, a merchant marine. She spent most of her childhood in the beautiful Pacific Northwest where she loved beachcombing, camping, and reading.
Sherry graduated from high school in Oakland, California in 1963 and married first husband Jack Helzer soon after. They had three beloved daughters– Lurene, Kathrena and Melissa. After separating, Sherry moved back to her adopted hometown of Ferndale in 1975 and she continued to reside in Whatcom County for the remainder of her life.
In 1986, she met the man who would become the love of her life, Harry W. Stafford, and with him, happily welcomed stepdaughters Cindy and Wendy, stepsons Gary, Randy, and Ken, and their families into her life. Grandma Sherry was especially proud of having thirteen Stafford grandchildren and loved them with all her heart until her last day.
Yggdrasil, Kassio, Ashton and Kieran are her cherished grandsons. She often referred to them as “The lights of my life.” She was a hands-on “Oma” and all four grandsons mention going for ice cream at Mallards amongst their favorite memories, a bonding ritual that demonstrated her unconditional love. And although she loved some playful banter, reports are that she was also a pretty phenomenal mother-in-law to Kai, Gabriel and Jon.
Sherry took pride and fulfillment in working and deeply valued helping people. Sherry earned a degree as a Medical Records Specialist and worked in hospitals until her retirement. She earned many perfect attendance awards and was beloved by all who worked with her– as her best friend-coworkers can attest.
One of the greatest tragedies in Sherry’s life was being separated from three of her siblings as a young child. But she followed it with the triumphant story of her working for more than a decade to find them through adoption records so they might all be reunited. She is survived by brothers Patrick, Michael, and Mark and sisters Fran, Roxanne, and Yvonne. Sister Donna, gone too soon, preceded her in death.
Sherry was born with a wanderlust, especially road trips. She was fond of Deception Pass, but visiting baby sea otters was the pinnacle of all road trips. She was able to fulfill her lifelong dream of going to Ireland on her 71st birthday and seeing the land of her paternal grandfather. On the maternal side, she was proud of her White Earth Nation (Chippewa) heritage. Sherry would be humbled and honored if, in lieu of flowers, memorial gifts to benefit either the Lummi or White Earth Nations scholarship funds be donated in her name.
A funeral mass will be offered by Father Moore at Church of the Assumption on Wednesday, December 29, 2021, at 10:30am. Immediately following, she will be laid to rest in the veteran’s section at Woodlawn Cemetery in Ferndale with her veteran husband Harry W. Stafford and nearby her beloved foster parents, Agnes and Clifford Joyner. A Celebration of Life will follow at Squalicum Boathouse from 1:30-3:30pm.

To order memorial trees or send flowers to the family in memory of Sharon Kathleen Stafford, please visit our flower store.
Send a Sympathy Card