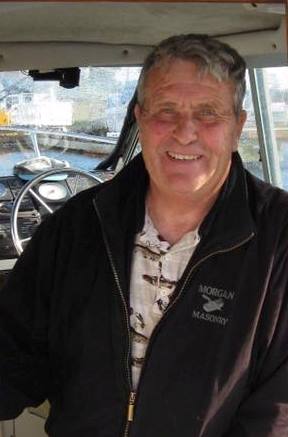 Roy W. Morgan, age 79, of Blaine passed away Monday,  July 25, 2016 at home surrounded by family after a long battle with pancreatic cancer. He was born April 27, 1937 in Seattle to parents Paul and Viola Morgan (Sundae). Roy graduated from Queen Anne High School in Seattle with the class of 1956 and enlisted in the United States Marine Corp. Upon completing his active duty service, he transferred to the United States Marine Corp Reserve where he served over 31 years and achieved the rank of Master Gunnery Sargent (E-9). After completing his active duty service, Roy continued his apprenticeship through the Seattle Bricklayers Union and worked with his father as a residential masonry contractor throughout the Seattle area.  In the spring of 1968, Roy moved with his family to northern Whatcom County to start working at Intalco Aluminum Company. He worked there for 31 years, retiring in 1999. After his retirement, Roy stayed busy by continuing his lifelong craft of masonry construction as a residential contractor throughout Whatcom County. When Roy was not working he enjoyed traveling to British Columbia to the interior lakes for fly fishing. He later discovered the joy of salt water fishing in northern Puget Sound. If he wasn’t out on the water you could find him strolling the docks finding new hot spots from other local fishermen. Roy was preceded in death by his parents, brothers Butch and Bruce. He is survived by his wife Gail, son Jerry (Tamara), son Kevin, daughter Malinda (JD), son Scott, step daughter Christine. Granddaughters Candace (Brian), Ashlyn, Ella. Grandsons Gregrey, Matt, Eric, Ryan. Great Grandsons Emerson, Kaleb. Great Granddaughter Tinsley. Sister Deloris, Brother Ken and numerous nieces and nephews. There will be a memorial service August 12 at 1:00 at Birch Bay Bible Community Church, 4460 Bay Rd, Blaine. The family requests memorial donations be made to the Whatcom Hospice House, 2806 Douglas Ave., Bellingham, WA 98225.

To order memorial trees or send flowers to the family in memory of Roy Walter Morgan, please visit our flower store.
Send a Sympathy Card