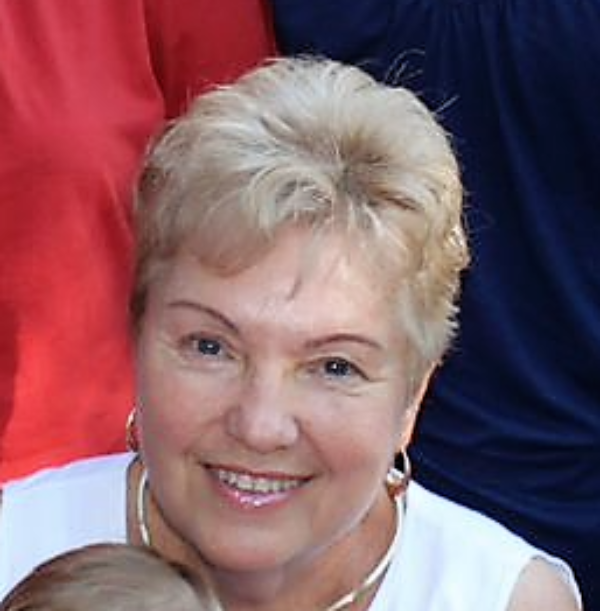 Roxi Leanne Anthony went to be with her heavenly father on January 8, 2022, with her family by her side. She was 77 years old. Roxi was born in Bellingham, WA on October 7, 1944, to John and Helen Pazaski (Place). As a young girl Roxi spent numerous hours along with her older sister, Terri taking dance classes and practicing the piano. Roxi excelled in school and was placed in an advanced math class in junior high school where she met a group of girlfriends that call themselves the “chums.” She met her future husband, Roger thru her girlfriends and their older siblings. Roxi graduated from Bellingham High School in 1962 and married Roger on September 7, 1963. Roxi worked at Georgia-Pacific as a keypunch operator until the couple welcomed their daughter, Lyndsi in 1965 on what was supposed to be her baby shower. Roxi had their second child, son Bryce in 1969 and six weeks later moved with their three-year-old daughter and newborn son back to Rockville, MD to be with Roger and his new teaching position. When the family returned to Washington in 1970, they decided to buy a house in the Everett area, now known as Mukilteo. While Roger was teaching high school, Roxi stayed home with their two kids until they started kindergarten. She took pride in spending quality time with her children and started babysitting for a next-door neighbor who needed to return to work as a nurse. Roxi became so attached to that little girl that she decided she really wanted another child and a little over a year later, their second son, Kyle was born in 1975.

Some of Roxi’s favorite pastimes were watching her kids play sports, taking walks with her neighborhood girlfriends, volunteering in her kid’s classrooms and being the “Room Mom.” She made sure she went on all the field trips and baked treats for their classes. She loved to use her brain and challenge herself. Watching Jeopardy was her nightly “brain teaser.” She loved to bake and would send her family off to school and work with homemade lunches every day. She was the mom that baked homemade bread, cookies, jellies, jams, granola, and we’re fairly certain that we were the only kids in school who had never had a Hostess treat in their lunch! Roxi’s love for anything “burnt” was well known. She loved everything really, really done from toast to bacon, pancakes and especially cookies. She was famous for her lemon bars, rhubarb-custard pies, and the “snails” she would make a few times a year.

Unlike her husband Roger who had a deep love for the water, Roxi tolerated it as long as she didn’t have to put her face in it! She loved to go boating and sailing especially the six-week vacations when they would take the family up in the San Juan Islands and around the Puget Sound. She was the perfect second mate for Roger and trusted him to keep their young family safe on the water. You could find Roger at the helm of the sailboat while Roxi was usually down below making lunch or dinner or curled up reading a good book.

Roxi will be remembered as a “roll-with-the-punches” sort of person who liked to get things done and always challenged you. The minimum was never enough for her, and she didn’t expect that from anyone who knew her. If an assignment was to write ten pages, then you knew you were going to write fifteen and include more pictures than was required. That was just the kind of person and mentor she was. She once stayed up all night helping her daughter rewrite and then type up her 30-page Junior Conflict paper in high school.

Roxi was one to volunteer when someone needed help. She stepped up and sponsored a family of six that had fled Afghanistan in the early 80’s when their country was at war. She helped the family get an apartment, drove the entire family around to various medical and immigration appointments, helped them learn English, shop for food, cook, and get their four children registered and outfitted for school. She was still close to the family and would visit them every couple of years, even after they moved to the Atlanta area. The mother of that family told us that she feels like she just lost her sister, when Roxi passed away.

When Roxi was in her mid-forties she decided to go back to school and get her teaching degree. Not only did she get accepted to Seattle Pacific University, but she got her bachelor’s degree in education and graduated Magna Cum Laude a little over three years later! She taught elementary school for the Mukilteo School District until she decided that being a full-time Grandma was more important to her. She gave her notice right after her first granddaughter (a preemie) was born to take care of her fulltime. She would do anything for her family and loved nothing more than spending time with her three granddaughters.

Roxi had many close friends but would just light up when you talked to her about her girlfriends and all the fun and crazy things they did over the years. Most of these twelve women have known each other since junior high, that’s well over 60 years! They’ve been conducting Zoom calls every Monday throughout the pandemic and still try and get together for a local trip or two each year just to stay connected with each other. Roxi was also dedicated to her Bible Study group in the Birch Bay area that met each Wednesday to read God’s word and have fellowship. She gathered her strength from her church, her faith, and her good friends.

Roxi was preceded in death by her parents, John Cashmere Pazaski and Helen Mae Quam (Place) as well as her husband of 58 years, Roger Charles Anthony, who passed away a mere 20 days prior to Roxi. She is survived by her three children and their spouses, Lyndsi Stickles (Dennis), Bryce Anthony (Leanne), Kyle Anthony (Emily) and three granddaughters Erika Brown (Josh), Hailey and Sydney Anthony. Roxi is also survived by her older sister, Terri English and numerous nieces, nephews, and cousins.

She will be laid to rest at Enterprise Cemetery on Monday, February 21, 2022, at 1:00pm along with her husband of 58 years, Roger. A celebration of life service to follow at Birch Bay Bible Community Church in Blaine at 2:00pm.

In Lieu of flowers please consider making a donation to Whatcom Hospice or a charity of your choice.

The following information is being provided so that individuals can be prepared to protect themselves at the various venues while honoring Roxi:

Graveside – Given that this will be outdoors, there will be no expectation for masks to be worn. As always, if individuals choose to wear a mask, that will be fine as well.

Church – Signs will be posted requiring all guests to wear masks while in the sanctuary regardless of vaccination status. Masks and hand sanitizer will be available.

Church Fellowship Hall – After the Celebration of Life service, there will be light refreshments served. Please follow current restaurant guidelines.

To order memorial trees or send flowers to the family in memory of Roxi Leanne Anthony, please visit our flower store.
Send a Sympathy Card