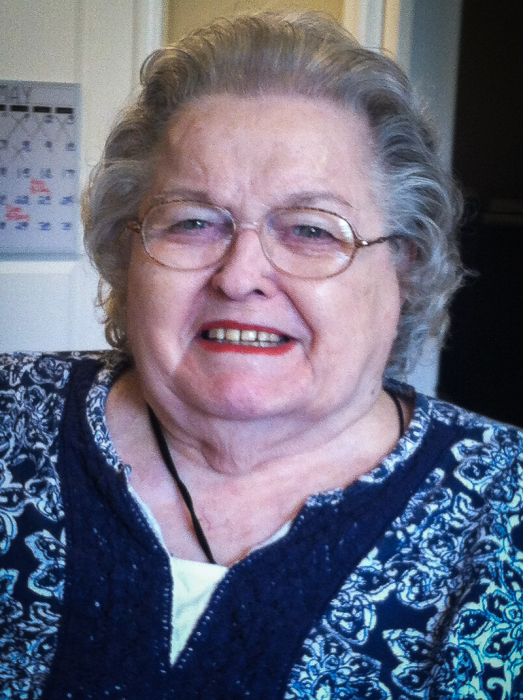 Rosalie M. Jurden was born November 8, 1927 to William and Leola Webster in Vona, Colorado.  At a young age she had many surgeries to correct bilateral hip dysplasia or as she would say “congenital dislocation of both hips”.  She spent a year in a hospital in Denver away from her family.  After graduating from Stratton High School in 1946 she moved to Denver and while she was working at National Jewish Hospital she met Hulen Jurden who would become her husband on January 10, 1951.  They had two daughters, Lona and Kerri.  After the death of her husband in 1973, she enjoyed many bus tours with other seniors, she especially enjoyed the “Mystery Trips”, not know where she was going until she arrived.  She was always up for travelling and did as much as her disability would allow.  Rosalie lived most of her life in the Denver area and in 2010 moved to Ferndale, WA to be near Lona.  She peacefully passed away the morning of August 22, 2016.  She was preceded in death by her parents, her husband, her brother, Sonny, and her youngest daughter, Kerri Nickerson .  She is survived by her daughter, Lona (Doug) Bascom, grandchildren, Jeremiah Nickerson, Shawna Burnette, Natalie Nickerson, Brent (Michiell) Bascom, Daniel (Randi Reid) Bascom, 4 great grandchildren, brother Marion Webster, Sisters Carm Degering, Kay Wendler and Nola Engstrom and numerous nieces and nephews.  She will be laid to rest next to her husband in Colorado.A Celebreation will be held at Garden Park Church, Saturday, September 24, 2016 at 10:30am in Denver, Colorado. In lieu of flowers please send donations to friends of Rosalie's grandson who lost everything in the Louisiana flood. Please see below to click on the link.

To order memorial trees or send flowers to the family in memory of Rosalie Mae Jurden, please visit our flower store.