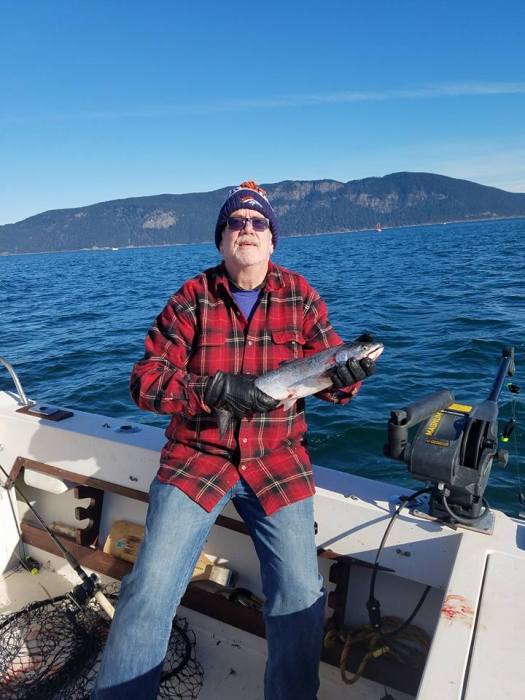 On Friday, April 13, 2018 Ronald Edward Quinn passed away at the age of 63 in the company of his friends and family at the UW Medical Center in Seattle, WA. He will be dearly missed by his children Sarah and Jordan, his brother Richard, his nieces Jeannie and Michelle, and his former wife and best friend Tracy. Ron grew up in Glendale, California and graduated from Hoover High School in 1971. Working as a traveling sales representative for an automotive distributor, Ron relocated to Washington in the mid-’80s where he met his future wife and mother of his children Tracy. He lived in Snohomish and Granite Falls before moving to Birch Bay and later Bellingham where he worked at St. Joseph’s Peace Health hospital for over a decade. He spent his last months with his daughter Sarah on Lummi Island while he was battling metastatic lung cancer. Throughout his life, Ron was an avid outdoorsman who enjoyed hiking and fishing with his family and friends. He will be remembered as a compassionate care-giver with a sharp sense of humor and a deep care for his family.  A memorial service will be held, Saturday, May 12, 2018, 2:00 PM, at the Airstrip, 2206 Tuttle Lane, Lummi Island, Washington.

To order memorial trees or send flowers to the family in memory of Ronald Edward Quinn, please visit our flower store.
Send a Sympathy Card