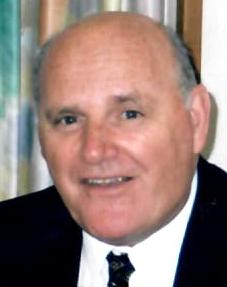 Ronald Eugene “Gene” Aemmer, age 82, passed away Saturday July 8, 2017 at the Whatcom Hospice House in Bellingham after a courages battle with cancer. He is survived by his wife Mary; brother, Donald Aemmer; sister, Arlene Andrews; his children, Dennis, Suzan, John (Sonja) and Brian Aemmer; step-children, Kelly (William) Weidam, Greg (Susan) Hoffman and Brad (Gretchen) Hoffman; seventeen grandchildren and numerous other relatives.  He was preceded in death by his parents John “Ben” and Edith (Nokleby) Aemmer and his brother, Robert. Gene graduated from Bellingham High School in the class of 1954.  He followed in father’s footsteps to become a Baker and after 37 years he retired from Safeway Bakery.  He enjoyed gardening, reading, sports, traveling and spending time with family and friends. Gene had a special passion for gardening.  Self-taught he learned everything he could about plants, flowers and trees.  Many people came to him for gardening advice. At his request his funeral will be private, with immediate family only.  In lieu of flowers donations may be made to either Whatcom Hospice House or the American Cancer Society.

To order memorial trees or send flowers to the family in memory of Ronald Eugene "Gene" Aemmer, please visit our flower store.
Send a Sympathy Card