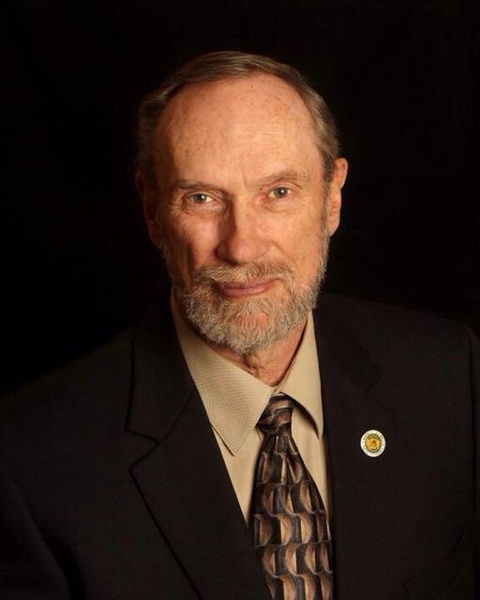 Rolland “Rollie” Holterman, 73, of Lynden, WA passed away at home on Friday, July 15, 2016 from Pancreatic Cancer.  His body was broken but his relationship with the Lord Jesus Christ has taken him to heaven. Throughout his life, Rolland was known for his sense of humor, his ability to tell a story and his love for knowledge, teaching and coaching.  He was born on August 11, 1942 in Camas, WA the son of Henry and Beatrice Holterman.  Upon graduating from Washougal High School in 1960, Rolland attended Western Washington University where he met the love of his life Jean.  Following their marriage, Rolland transferred to Central Washington University where he graduated with a teaching degree. Shortly after graduation, Rolland was hired to teach at Mt Baker High School in Deming, WA.  Throughout his career Mr. Holterman taught nearly every subject including psychology, sociology, driver’s education, first aid, comparative religion and government. Rolland was a well-liked teacher, always willing to go the extra mile for his students.  His room was always available to eat lunch in and hang out.  He is one of very few teachers to teach his entire career, in the same school district, at the same school.

In addition to teaching, Rolland started Mt. Baker High School’s wrestling program in 1965.  Under his direction, the program became one of the most respected in Washington State.  He started the Piranha Wrestling Club, a youth freestyle wrestling organization that is still active today.  Rolland was selected as coach of the year in 1983, elected to the Washington State Wrestling Coaches Hall of Fame in 1992, and in 2011, Rolland was given the extreme honor of being inducted into the National Wrestling Coaches Hall of Fame. During the summers Rolland worked for the forest service, as a logger, and as a roofer.

After 33 years, Rolland retired from Mt. Baker.  However, that did not stop his desire to contribute to the education and well-being of others.  Rolland spent the next 2 years teaching at Bellingham Christian School, followed by six years serving as the Director of Education for the Nooksack Indian Tribe.

In his free time, Rolland enjoyed fishing, hunting, backpacking, attending auctions, building an elaborate tree house for his grandchildren and puzzles.  He was a dreamer and an idea guy.  Always ready with a new, exciting project for his kids and grandkids.  For years, the highlights of his summers were taking his llamas backpacking and the annual trip to Long Beach with the family. Rolland was an avid reader, knowledgeable about his own faith, a 50 year grange member, and loved all sorts of music even though he was completely tone deaf. He attended Nooksack Valley Baptist Church and later Northlake Community Church. He was active in the community his entire life and could always be found volunteering in the Mt Baker PTA Booth, helping at the State Wrestling Tournament, assisting the Mt Baker FFA Program and performing many unrecognized acts of kindness for students in need.  Rolland was an amazing teacher and coach, but his greatest love and biggest source of pride were his children and grandchildren.  He loved them fiercely and would go to any length to support, encourage, and mentor them.

Rolland was preceded in death by his parents Hank and Beatrice Holterman, and his granddaughter Sofia Milstead.  He is survived by his wife of 51 years, Jean Holterman.  Son Chris (Jana) Holterman of Rainier.  Daughters Heidi (Ryan) DeWaard of Lynden and Julie (Paul) Milstead of Ferndale.  Brother Ed Holterman of Washougal. Grandchildren Shelby, Brooks, Walker, Ellie, DeWaard and Sinclaire, Carson and Regan Milstead.

To order memorial trees or send flowers to the family in memory of Rolland "Rollie" Holterman, please visit our flower store.