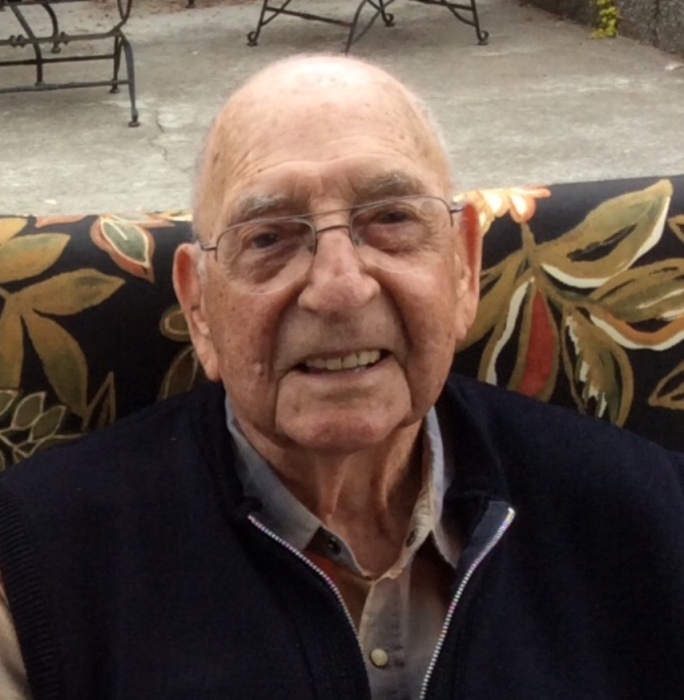 Rodney Charles DeMent, aged 96, went home to be with Jesus on July 18, 2018, in Blaine, WA Rod was born to Charles & Cora DeMent in Blaine. In 1949 he married the love of his life, Juanita DeVries. They raised two sons Dan and Don, in Blaine, and lived their whole lives in that community. During WWII, Rod served his country in the US Army. He was employed by the Burlington Northern Railroad for 37 yrs. and later the WA State Parks Dept. Rod was a member of many organizations in this life including:  Blaine Volunteer Firefighters, American Legion, VFW, Masonic Lodge, Old Time Fiddlers, Whatcom Old Settlers, and considered Blaine Christian Fellowship his home Church. He enjoyed:  hunting & fishing, raising beagles, playing bluegrass music, traveling in the area with organizations he belonged to, socializing, and spending time with family and friends. Rod was preceded in death by wife, Juanita, and son, Don. He is survived by son, Dan (Nancy) DeMent, and daughter-in law, Lori DeMent, grandchildren, Gail DeMent, Wayne (Libby) DeMent, Jon Castle, Cory (Regan) DeMent, James Castle, and Kathy (Mark) Miller, as well as many great-grandchildren. A memorial service will be held on Saturday, July 28, at 2:00 pm at the Blaine Senior Center, 763 G St., Blaine, WA. Memorials may be made to Blaine Senior Center, 763 G St., Blaine, WA 98230.

To order memorial trees or send flowers to the family in memory of Rodney Charles DeMent, please visit our flower store.
Send a Sympathy Card