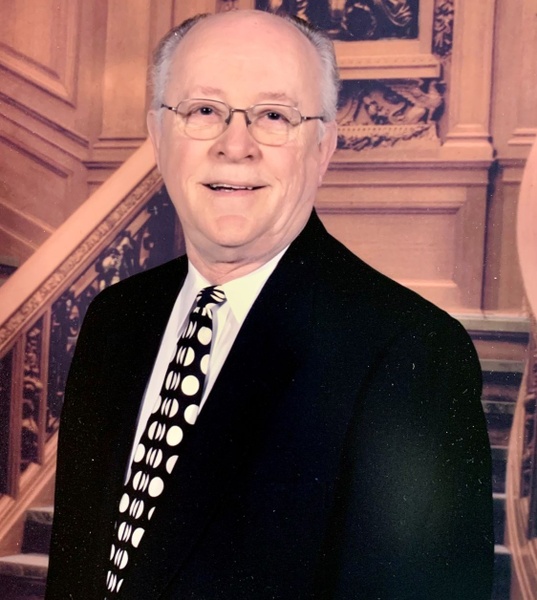 Robert D. Sturtz, age 86, passed peacefully into the arms of his loving Lord and Savior on Sunday, November 28, 2021. A near lifelong Bellingham resident, he was born May 21, 1935 at home in Bellingham to Lester and Mattie (Oban) Sturtz, and was a 1954 graduate of Bellingham High School.

On November 25, 1955, Bob married his high school sweetheart Dolores Dalton, enlisted in the Air Force in December 1955, and they then moved to Colorado, where he served in active duty from 1955-1958, followed by reserve duty from 1958-1961. While in Colorado, Bob and Dolores welcomed their first child Daniel in November 1958 and then their second child Sharie in April 1960. In 1961, after being discharged from the Air Force, they moved their young family back to Bellingham and soon thereafter built their home on a beautiful piece of property at Lk. Whatcom adjacent to Bob’s parents. In February 1963, their third child Gregory was born. Tragically then, in February 1964, Dolores passed away suddenly, leaving him with their three young children to raise. Soon thereafter, Bob started courting Joetta Burkey and following a short courtship, they married on July 10, 1964. In August 1966, Bob and Joetta greeted their daughter Cindy and their family was complete. Bob and Joetta spent many wonderful years together and enjoyed spending time with their family and friends, being active in the church and community, and traveling, among many other shared things. They were married 40 years before Joetta sadly passed away in March 2005.

In 1959, Bob became an Assemblies of God pastor, leading a couple of small churches in Colorado, before returning to Bellingham, where he went to work for his father at L.L. Sturtz Plumbing & Heating, as a sheet metal worker. Several years later, the company branched out into home construction and general contracting, which became Bob’s focus, and soon after he became a professional building designer as well for the expanded reorganized family business Sturtz Inc. He later left Sturtz Inc. to start his own building design company Sturtz Designers. Throughout his career, Bob designed several churches, custom homes, apartment buildings, and commercial and industrial buildings both in the U.S. and Canada. Ultimately, he retired as an estimator, project manager, and special projects building designer for The Haskell Corp., where he worked for about 20 years.

Bob served God and loved Jesus throughout his entire life. If one didn’t already know that, they certainly did within a very short time of talking with him because he loved to talk about his love for Jesus, the grace and love of God, and salvation through Jesus Christ. Bob and his family were long-time members of Calvary Temple Church in Bellingham (later it relocated and became King Mountain Church). In 1972, Bob designed the new Calvary Temple major building addition and renovation, which was a great honor for him and something of which he was always very proud.

For much of his life, Bob had an active personal and professional life and loved to serve in his community. He was a member of the deacon board of Calvary Temple Church for many years as well as President of the Board of Directors of the Bellingham Light House Mission, where he served starting from 1982. In September 1968, he was accepted into the Masonic Order at Bellingham Bay Lodge No. 44, and was an active member for several years. Bob was also a member of the American Institute of Building Design, winning several awards for his designs, and in 1977 served as its state President and National Director.

Bob enjoyed family get-togethers, travel (Hawaii especially), boating, swimming and water-skiing, motorcycle trail riding, hunting, computers, serving his church and community, professional pursuits, remodeling and building homes, and tinkering around the house in his spare time, and nice cars. He was always a classy dresser and loved to wear Hawaiian shirts too (he had many).

Bob was a loving husband, father, grandfather, brother, and uncle and he will be greatly missed by family and friends, and has left a wonderful legacy in his family and in the lives of those he touched. He is survived by his son Daniel (Linda) Sturtz of Bellingham, daughters Sharie Parks of Stanwood and Cindy (Adonis) Topacio of Issaquah, sister Leslie (Marvin) Elsasser of Lynden, and is preceded in death by his first wife Dolores (Dalton) Sturtz (1964) and second wife Joetta (Burkey) Sturtz (2005), son Gregory Sturtz (1985), parents Lester and Mattie (Oban) Sturtz (1991 and 2006), and brother Lawrence Sturtz (2009).

All are welcome to attend the Celebration of Life memorial service on Thursday, December 16, 2021 at 1pm at Christ the King Church Bellingham (also to be Internet live-streamed), preceded by a private family graveside service with military honors at his final resting place, Greenacres Memorial Park, Ferndale, WA. Memorial donations may be made to the Bellingham Lighthouse Mission Ministries, American Cancer Society, or the Alzheimer’s Association. Cards and letters may be sent c/o Sig’s Funeral Services at 809 W. Orchard Drive, Suite 2, Bellingham, WA 98225.

To order memorial trees or send flowers to the family in memory of Robert Donald Sturtz, please visit our flower store.
Send a Sympathy Card