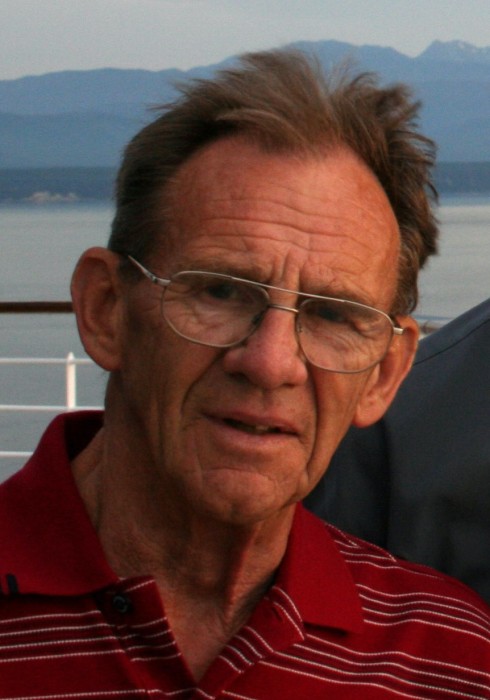 Robert E Hansen, (1928-2019) passed away peacefully at his home Thursday, December 26, 2019 at the age of 91.  Robert was born in Bellingham and remained in the Blaine/Ferndale/Bellingham area for his entire life.

Robert was the first infant on the west coast to survive surgery for an intestinal disorder. During his teenage years he worked daily alongside his father picking up milk from local dairy farms and delivering it to the Darigold Creamery.  He graduated from Ferndale High School where he excelled in Basketball and Track, setting multiple track records at the time. He joined the U.S. Air Force and was stationed in England and Germany. He often described these four years as “the best paid vacation he ever had.”  After discharge he became a lifetime member of the American Legion. He worked at the Mobil Oil Refinery in Ferndale and remained there until retirement. In 1956 he married Dixie Lee Hovde and raised three children. He enjoyed boating, traveling, golfing, sports, his dogs, and especially time with family and friends. If anything needed fixing, Bob could do it; and if you ever needed help, you just needed to ask.  To find him, you just followed the cheerful and melodic whistling! He was a caring husband, father, and friend, and will be missed greatly.

To order memorial trees or send flowers to the family in memory of Robert Edward Hansen, please visit our flower store.
Send a Sympathy Card