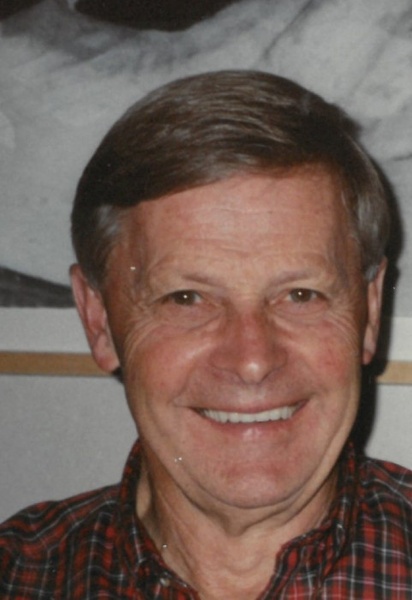 Robert “Bob” Leslie Cline, age 91, passed away peacefully Sunday, March 1, 2020. He was born in Bellingham, WA on October 17, 1928 to Robert and Lillian Cline and grew up in Whatcom County. In the early days, Bob logged and farmed in Whatcom County with his dad and cousins. He was married in September 3, 1949 to Molly Ann Whiteley, and they had 2 sons, Bob and Randy.

He is survived by his 2 sons and their spouses, Bob (Vickie) and Randy (Diane) along with 6 grandchildren and 14 great-grandchildren.

For 35 years he worked as a math teacher in Ferndale and coaching. Bob was active in developing the Ferndale Little League basketball and baseball programs with his close friend Bernie Laverty. He officiated both men's and women's basketball for middle school, high school, and college .

Bob loved to travel and had an adventuresome spirit. In the early 60's he packed up his family and moved to Germany for 2 years where he taught math and science at the Schweinfurt Army base, and traveling around Europe in their free time.

He was a Reefnet fisherman for 40 years on Lummi Island working with his 2 sons, his brother, Dick Cline, and his son, Jon Cline. Bob also worked for ArchiPelago Marine Research Ltd. checking in the catch on the commercial fishing boats both for U.S. and Canada.

Bob was a long-time member of the Ferndale Lions Club. He also volunteered at the Claire vg Thomas Theatre in Lynden for many years with his friend Clair Hibbs. He enjoyed hunting pheasants and sport fishing, especially fishing at Sekiu, WA with his son Bob and Rick Anderson.

After he retired, he continued a close bond with fellow teachers and always looked forward to seeing them at a monthly breakfast. He shared a friendship with many close friends who met regularly for lunch at Bob's Burger & Brew in Lynden. Bob always enjoyed hosting the 4th of July Gatherings at his condo in Bellingham with his family and many friends.

Services have been Postponed due to the recent Coronavirus and will be scheduled at a later date.

To order memorial trees or send flowers to the family in memory of Robert Leslie Cline, please visit our flower store.