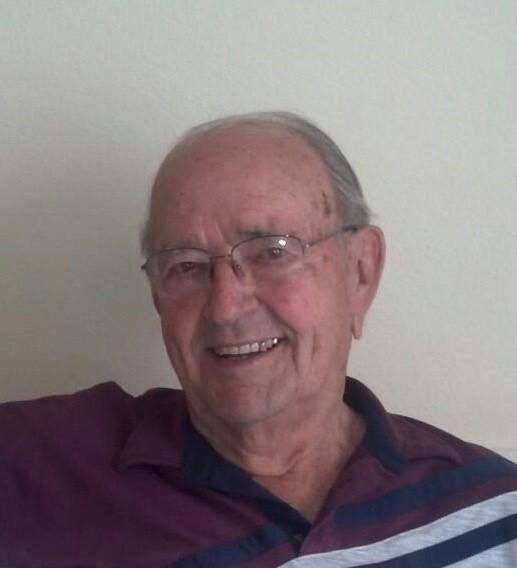 Robert Walden Morrison was born on February 24, 1926 in New Westminster, British Columbia, Canada.  In 1944 he joined the Canadian Army Infantry as a member of the Greatest Generation. He returned from the war and started working for the Great Northern Railway as a clerk. On June 11, 1949 he married the love of his life, Valentina Shatzko. They were transferred to Wenatchee, Washington where their son, Robert Allan, was born in 1953 and then again to Portland, Oregon and their daughter, Lorill Ellen (Lori), was born in 1954. During his career in sales and marketing with the Great Northern the family lived in Wenatchee, Washington; Portland, Oregon; St Paul, Minnesota; Toronto, Ontario, Canada where he and Val participated in a curling league and a five pin bowling league as well as becoming an avid Toronto Maple Leafs fan; Seattle Washington where they participated in square dancing and enjoyed camping trips to places like Lake Chelan and vacationing at various resorts in Birch Bay; back to St. Paul where they purchased a home across the street from the home they built during their previous residency, played pinochle with friends, bowled in the basement of  the St. Paul Athletic Club, enjoyed tailgating with friends and attending the Minnesota Vikings football games, camping throughout Minnesota and spending weekends at their trailer in Lindstrom, Minnesota and where his children graduated high school, and finally to Denver, Colorado  where he played bridge and golfed.  They also enjoyed attending musicals performed by major theater travel companies in many of the cities where they resided.

He spent his career in sales and marketing with the Great Northern and after a merger which created the Burlington Northern Railway, Bob retired in January 1981 as Vice President Marketing. He and Val eventually built a home overlooking the Pacific Ocean in Birch Bay Village, Washington, just south of the Canadian border. There they hosted their kids and grandkids on almost annual visits to the sea shore as well as entertaining their friends and neighbors.

Bob and Val purchased a small home in Thousand Palms, California where they spent their winters.  There they entertained, socialized, golfed and had brunch with friends on New Year’s Day after which they would tour the cemetery where celebrities were interred, including Frank Sinatra, to see the extravagant holiday decorations on their graves.

In his retirement, Bob enjoyed golfing, boating, fishing, crabbing, building things around the house, entertaining, visiting with family and friends and traveling, including many cruises, two of which were through the Panama Canal.

Happy hour was promptly at 5:00 p.m. daily followed by one of the many varieties of delicious salads prepared by Bob the salad king often using vegetables from Val’s flourishing garden.

In 1999 he celebrated his and Val’s 50th wedding anniversary with their relatives and close friends in Birch Bay.

In 2011 Val was diagnosed with dementia and in November 2015 they moved into an assisted living apartment in Bellingham, Washington. Their apartment was warm and comfortable and from Bob’s chair the view allowed him to see Mount Baker on clear days, a view both he and Val enjoyed daily while they lived in Birch Bay Village. Val eventually was moved to the memory care unit and later to another memory care facility across the street that offered her a higher level of care.  Bob visited Val for hours each day.

To order memorial trees or send flowers to the family in memory of Robert "Bob" W. Morrison, please visit our flower store.