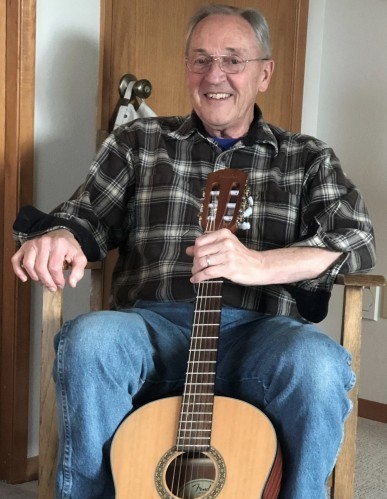 Robert E. Martin, 77, passed away peacefully on October 2, 2019 after a long visit from Alzheimer’s. He exited the world peacefully and with grace, surrounded by the love of his family along with the caring and gentle staff at Silverado Bellingham Memory Care where he was adored. Bob was born on December 6th 1941 in Bowbells, North Dakota to parents Royal and Anna Martin. He was the 9th of 10 children. Bob attended Bowbells Highschool where he was the salutatorian of his class. He met his sweetheart Charlotte (Thompson) as a young boy and they had their first date in 1959 where they went to a movie and enjoyed a sock-hop dance at the school. He then went on to study Aerospace Engineering at the University of Washington. He and Charlotte married in Kenmare, North Dakota on August 25, 1963.

Bob and Charlotte spent over 25 years living in Des Moines, WA where they raised their two children, Steven and Christina. Years in Des Moines were very memorable with lots of friends and family near. Bob worked for Boeing as an engineer for 37 years. He drove a VW bus for all of those years of commuting! Summers were spent camping, road tripping (all over the US) and sailing.  Bob was in a country western band for 17 years and he enjoyed playing the bass, pedal steel, electric and acoustic guitars and he also had a beautiful singing voice. After retirement, Bob and Charlotte moved to Shelton, WA and lived in a lake house on Lake Limerick where they met so many amazing friends. Bob enjoyed fishing, sailing, taking the barge out on the lake with friends and family and helping with fishing derbies.

Bob was a comedian naturally. He loved the funny things in life and carried with him endless jokes to share. He was a friend to so many people. Not only was he committed to family and friends, he was committed to being a part of his community through directing his church choir and being the troop leader for Steve’s Boy Scout troop. He also would engage with total strangers. People felt comfortable with him as he was open-minded, welcoming and curious.

Bob loved nature and spent a lot of time on trails hiking, picking berries and looking at the stars. Many nights were spent under the stars outside sleeping next to his children explaining the constellations. Bob was a loving husband, father, grandfather (papa), father-in-law, friend, son, brother, grandson, uncle and cousin to many people who adored him. He enjoyed being with his three adoring granddaughters Naomi, Cambrie and Audrey. How many grandpas will play “puppy” and crawl around on the floor barking and drinking out of a bowl?  He truly was full of life!

Bob is survived by his wife Charlotte of Bellingham, WA, son Steve and wife Saskia Martin of Poulsbo, WA, daughter Christina and husband David Wallin of Bellingham WA, his three granddaughters mentioned above and his brothers Wesley Martin and Ronald Martin along with spouses and extended family. Bob’s ashes will be brought to Kenmare, North Dakota at a future date where he will laid to rest in the small cemetery in the hills. He loved North Dakota so much and will rest in peace near so many family members.

To order memorial trees or send flowers to the family in memory of Robert "Bob" Elroy Martin, please visit our flower store.
Send a Sympathy Card