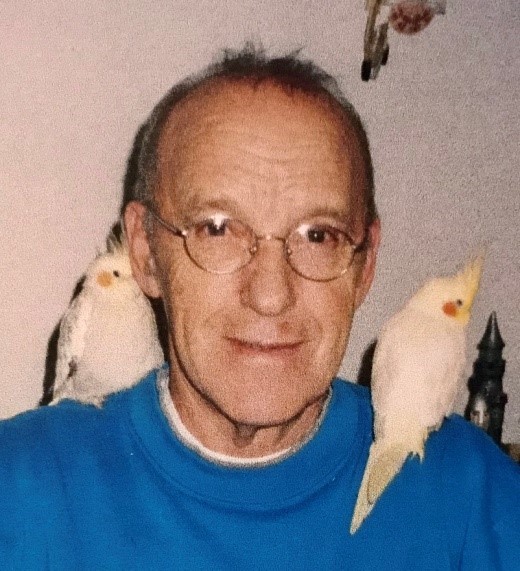 Richard “Dick” Robb was an amazing family man.  There wasn’t anything he would not have done for his family.  He was a jack of all trades, and also mastered a few.  There wasn’t much he couldn’t fabricate from materials found in his garage.  He either knew how to do, or fix, most things and those he didn’t, he learned on the spot.

He enlisted in the United States Army in Aug. 1957, where he became a Morse Intell specialist and achieved an expert level with a Carbine rifle.  He married his lovely bride Sandra “Sandy” Curtis in Dec of the same year. He was stationed in Japan for nearly 2 years, where he picked up conversational Japanese.  He served a total of 3 years in the Army, and transferred to the Army Reserves and served for another 3 years. Dick and Sandy settled down in La Vista, NE, where they welcomed three children, Laura, Danielle “Dani” and Darrin.

He and his brother Shorty, along with others, founded the La Vista Volunteer Fire Department where he served as Captain of the Department. When he wasn’t battling fires, he was very active in the community and worked closely with the Ladies Auxiliary, the “Ladybugs”, for which Sandy volunteered.

He worked at P.I.E. (Pacific Intermountain Express) trucking as a dock worker and a truck driver.  He was able to move the family from La Vista to California, via a transfer with the company, continuing in that line of work for the rest of his career, and working with P.I.E., Ryder and Nationwide Transportation.

He and his wife were very active in their church in California, and in other areas they lived following.  They moved further north in California and became property managers of a Holiday Retirement Facility.  From there, they moved to southern Oregon and then on to northern Oregon, with the same company and in the same role.  They decided to retire completely and bought a house, spending their retirement with their beloved cockatiels, their friends and their church community.  Dick lost his loving wife Sandy, to a cerebral aneurism in 2003.  He continued to live in Portland and volunteer at his church.  He also became involved with the Portland Senior Center & “Meals on Wheels”, delivering meals to seniors in his community.  He was always very happy helping and was quite keen with directions, making delivery driving a piece of cake for him. In 2016, Dick sold his home in Portland and moved to Lynden, WA, where he lived with his daughter Danielle and volunteered at Laurel Baptist church and joined the men’s Bible Study group there.

Dick passed away quietly and peacefully in his sleep, after a battle with vascular dementia.  He is survived by his daughters Laura [m. Tim] Perkins and Danielle [m. John] Muhlbach, his son Darrin [m. Michelle Brown] Robb, his grandchildren Ryan [m. Jami] Perkins, Christopher Muhlbach, Samantha (Muhlbach) [m. Erik] Hansen, Maggie Robb and Reagan Robb and his great grandchildren, Raina, Colton, Beckett and Levi.  He leaves us with a lifetime of love and happiness, and countless wonderful memories that will be cherished by all.

We are sad to see that our father, our teacher, our coach and our confidant is no longer with us, but we are very happy knowing that he is much better-off now, free of any pain and has been reunited with his beloved wife Sandy, in Heaven.

May you Rest in Peace with your Heavenly father. We will miss you and love you, always.

Dear Family and Friends, Please help me make a difference in the fight against Alzheimer's by contributing in memory of Richard "Dick" Robb. I set up a special online memorial tribute through the Alzheimer's Association. Your gift will help the Alzheimer's Association advance its mission through vital Alzheimer research, services, and programs for people living with Alzheimer's and their families. Whatever you can give will be greatly appreciated. Thank you for your support.

If the text above does not appear as a clickable link, you can visit the web address:

To order memorial trees or send flowers to the family in memory of Richard Lee Robb, please visit our flower store.
Send a Sympathy Card