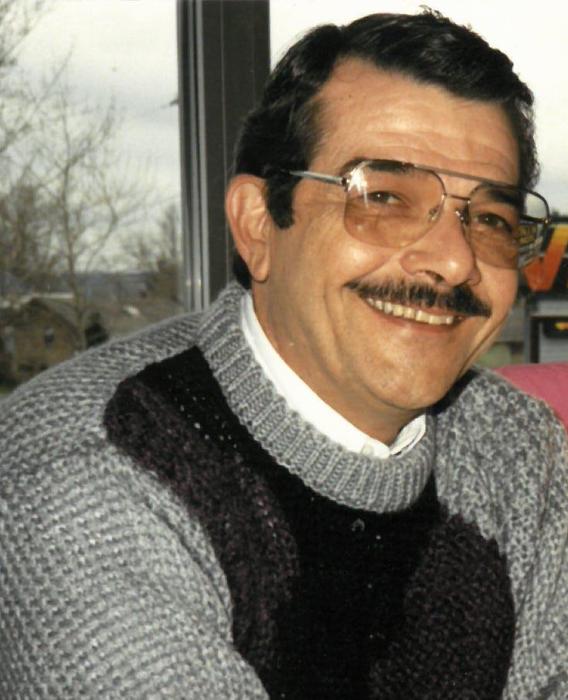 Absent from body, present with the Lord. With heavy hearts, yet peaceful assurance, we announce that Richard Nelson Coil went home to be with the Lord on August 3, 2017. In the midst of sorrow there is joy in the love Dick shared with all of us through his sense of humor, the jokes he loved to play, his banjo, music, his elephant and hat pin collections, playing horseshoes, darts and other games, love of hot dogs, puzzle rings, and licorice. He was born in  Flint, Michigan to Arthur and Lucille Coil. After High school he joined the Air force and while stationed in Spokane he met and married Sydney Thompson-Provost. He worked as a process server and private detective until he joined the Washington State Patrol as a license examiner. He was moved to both Walla Walla and Kennewick before he was promoted to supervisor at the Bellingham Department of Motor Vehicles; where he later retired after 40 years of service.  Throughout his life he was part of the Whatcom County Sherriff’s Reserves. He enjoyed his time volunteering with Project Santa and playing the banjo with a small group who entertained at nursing homes. He was a floor guard at the Armory roller rink and liked to take family and friends to skate meets. He loved to sail, cruise and travel the world. Richard was preceded in death by his parents Arthur and Lucille Coil and his sister Joann (Jerry) Malseed. He is survived by his wife Sydney Coil, his daughter Kim (Steve) Powers, and sons Tony (Cathy) Coil, and Shawn Coil. He has 7 grandchildren: Ashley, Brandon (Sofiya), and Tyler Monteith, Tiffany (Drew) Prokash, Trevor (Danielle) Coil, Connor (Amanda) Coil, and Courtney Coil.  He has 3 great granddaughters and 1 great grandson. His celebration of life service will be held at the Fairhaven Park Pavilion August 17, 2017. Arrival and visiting at 2:30 and service at 3:00. Hot dog, hot dog, hot diggity dog reception to follow.

To order memorial trees or send flowers to the family in memory of Richard Nelson Coil, please visit our flower store.
Send a Sympathy Card