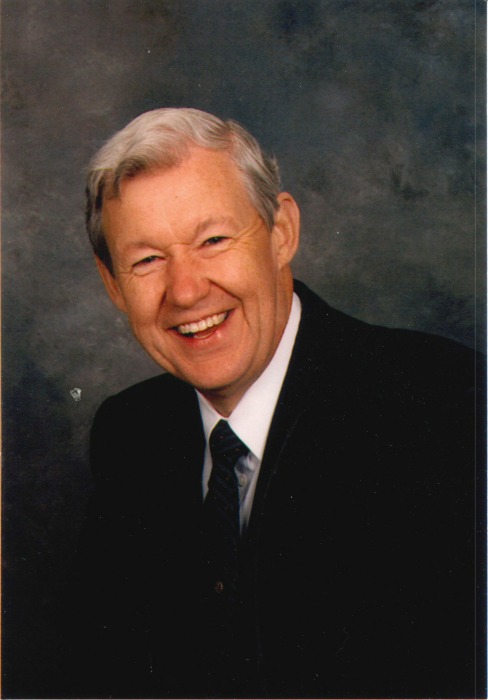 Richard went home to his Lord and Savior on January 17th and is now is rejoicing in presence of our Lord Jesus Christ.

“But thanks be to God which giveth us the victory through our Lord Jesus Christ” 1 Corinthians 15:57

Richard is survived by his wife of over 60 years, Dorothy. Through his international ministries, countless of others hold both Richard & Dorothy dear to their hearts.

At the age of 19 in 1946, Richard received the Lord as his personal Savior. Immediately, he began to confess Christ to others and increasingly he was asked to preach in local chapels and in home meetings. So much so, that he faced the challenge to leave his secular job – even though it offered security for the future - and embark on a life of total dependence upon the Lord. Like so many other believers who have taken this path, he had many stories he could share of the Lord’s timely care, guidance and blessing. He learned the need to totally depend upon the Lord and, instead of attempting to work for God, to be available for God to work through him.

The Lord then opened up a door for biblical studies in the States and, at the same time, he was invited to become a Pastor of a Rhode Island Church. Upon completion of his studies, he returned to work with his father in Christ, Stephen Olford, who was the Pastor of a large London church. That is the place where Richard and Dorothy first met and were married. After which they embarked on an itinerant ministry.

The Bennett’s ministries included bringing biblical encouragement to persecuted believers which often took them to such difficult places as: The Middle East, “Behind the Iron Curtain” in Europe and the African country of Uganda immediately following Idi Amin’s leadership.

In 1967, a Christian Committee in England asked Richard to preach a couple of messages for their new radio program called, “The Living Word.” With such small beginnings, Richard and Dorothy had no idea that the Lord would significantly expand further wide missionary radio opportunities.

Unbeknown to Richard & Dorothy at that time, Dr. Paul Freed, co-founder of Trans World Radio, had been listening to Richard’s radio messages.  Then one Sunday morning in 1969, Dr. Freed returned home from Europe and met his family at church just in time to hear a guest speaker. Recognizing the voice to be that of the same man he had been listening to from Monte Carlo, he knew this was the Lord’s timing to meet. So, after that morning service, Dr. Freed eagerly urged Richard to undertake the responsibility of producing his own weekly broadcasts on TWR.

After praying about this radio proposition, Richard acted on the promise from Isaiah 61:8, “I will direct their work in truth.” Hence, “The Way of Truth” was born and Richard & Dorothy’s New Jersey organizational title, “Missionary Radio Incorporated” was used. Because of other expanded ministries, their non-profit organization then became “Cross Currents International Ministries” in 1980.

From those early beginnings, and with only volunteer assistance, the Lord encouraged them by an increasing number of listeners requesting spiritual help from all over the British Isles and Europe.

Because of the amazing spiritual response from both their broadcasts and Richard’s regular updates and articles, Dr. Freed relinquished his own prime-time slot from Monte Carlo to give them maximum broadcast exposure. So their ministries were extended to the Medium Wave band from Monte Carlo and, in quick succession, and they were invited by TWR/Swaziland and TWR/Bonaire to be inaugural broadcasters.

About that time, Richard & Dorothy commenced broadcasting into all of India from FEBC, Manilla and also targeted Cuba in the Spanish language from FEBC, San Francisco. Many nationals and missionaries wrote of their appreciation for our 15-minute weekly biblical challenge, “The Way of Truth.” Then, with only volunteer assistance, CCIM became incorporated in Canada, the Grand Bahamas, the British Isles, South Africa as well as the United States.

“The Way of Truth” was heard in 25 European countries, in North Africa and the Middle East over Medium Wave, Monte Carlo. Scripts of Richard’s radio messages were also typed and shared with national broadcasters for their biblical assistance in producing their own linguistic programs. Together, Richard & Dorothy were aware of the awesome privilege and responsibility of sending forth His Word into very spiritually dark places.

Dr. Freed was a great encourager. In his signed 1972 copy of his excellent documentary book “Towers to Eternity,” he wrote: “Richard, We thank the Lord for your wonderful ministry.” “The Lord hath done great things for us; whereof we are glad.” Psalm 126:3.

Through much prayer and the enabling power of our risen Lord Jesus Christ, their cooperative fellowship with TWR increased. Each time they met humanly insurmountable difficulties; the Lord always gave them His solution and quietly “directed their work.” Very often Richard & Dorothy had to learn the hard way to totally trust by faith and depend upon their precious and risen Lord!

“But God”! Seeing the lack of sound biblical teaching, the Lord increasingly used Richard’s literature which was written to meet the spiritual needs and urgent requests from Africa, Europe, Latin America, the Far and the Middle East. By faith and much travail against spiritual warfare, the Lord enabled them to translate and print over one million books.

Richard Bennett wrote “Your Quest for God” and witnessed how much benefit it brought to the many peoples in other countries. Through the wide open door of Internet, “Your Quest for God”, along with his other books “Food for Faith,” “Biblical Reality”, “Forward in Faith”, “By My Spirit”, “Inside the Soul”, “Light and Glory” and “Revival Now.”  These books are also reaching persecuted and deprived believers on many continents in audio format and are available for free download from www.ccim-media.com/resources.

Presently, the much-published Salvation/AIDS tract, “Hope for the Hopeless,” which Richard wrote, is now in audio format and proving to be a vital tool for CCIM & TWR’s evangelistic outreach to many people in many languages.

As a husband/wife team for over 60 years, the combined foundational biblical teaching of, “Dorothy’s Daily Devotionals,” with “Your Quest for God” offered for spiritual help and encouragement, many individual radio listeners, families and groups are richly blessed!

Together, these ministry ‘tools’ continue to support their worldwide outreach for His glory, as the Lord outworks His plan and purposes.

During Richard’s last months of suffering and weakness, each night over intercom, he and Dorothy would sing together:

In heavenly love abiding,
No change my heart shall fear;
And safe is such confiding,
For nothing changes here.
The storm may roar without me,
My heart may low be laid,
But God is round about me,
And can I be dismayed?

Green pastures are before me,
Which yet I have not seen;
Bright skies will soon be o’er me,
Where darkest clouds have been.
My hope I cannot measure,
My path to life is free;
My Savior has my treasure,
And He will walk with me.

With such words of comfort, joy and assurance, we can gratefully say: “Now thanks be unto God, which always causes us to triumph in Christ, and maketh manifest the savour of His knowledge by us in every place. For we are unto God a sweet savour of Christ, in them that are saved, and in them that perish: to the one we are the savour of death unto death; unto the other the savour of life unto life. And who is sufficient for these things?”
2 Corinthians 2:14-16.

A Memorial Gift can be sent to TWR at PO Box 8700, Cary NC 27512, clearly designated to Cross Currents International Ministries (CCIM) or given through: www.ccim-media.com/support Thank you for your missionary support as, God ‘buries His workman and still continues His work!’

To order memorial trees or send flowers to the family in memory of Richard Abrahams Bennett, please visit our flower store.
Send a Sympathy Card