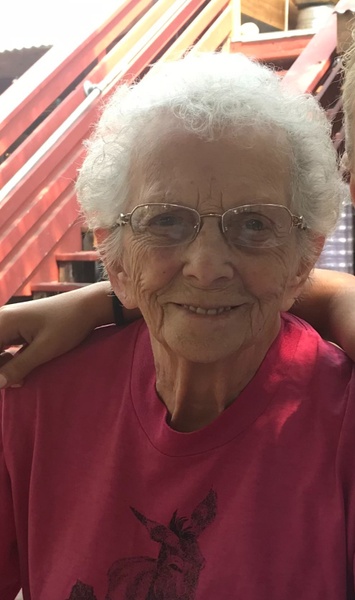 Rhonda “Ronnie” Blount Davis, age 91, passed away peacefully on Tuesday, June 21, 2022.  Ronnie was born July 19, 1930 in Yakima, Washington to Herbert Blount Squire and Mary Etta (Wallin) Squire. She was preceded in death by her husband, Laurel James Davis, on August 20, 1985 and her sisters, Gale Britten and Jane Kremling.

Ronnie graduated from Bellingham High School on June 2, 1948. On November 23, 1948 she married Laurel James Davis.  Ronnie was employed by Old National Bank in Ferndale for many years.  Laurel and Ronnie lived in Whatcom County for 35 years before moving to Winthrop in 1983. She loved sharing stories about her birds, squirrels, deer and the many adventures with her friends, but mostly enjoyed time spent with her family. “Grammy” will be deeply missed by many.

At Ronnie’s request, no services will be held.  In lieu of flowers, donations can be made to Aero Methow Rescue Service, www.aeromethow.org.

To order memorial trees or send flowers to the family in memory of Rhonda B. Davis, please visit our flower store.