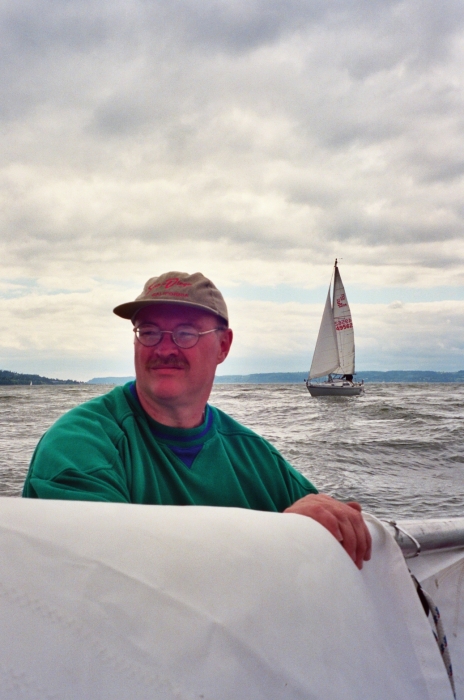 Ray was born to Robert and Zella Schultz on July 27, 1956.  He lived in Seattle and had many adventures with his gang of friends, including giving himself tattoos on both of his hands (was the “R” for “right” or “Ray”?).  Ray graduated from Franklin High School in 1973, attended Western Washington University (WWU) and the University of Washington, and later moved to Ferndale where he had a Divine appointment to work at Pleasant Valley Dairy for George and Delores Train and became a Christian.  Later he met Rita, his wife of nearly 35 years, through the Trains and church friends the Holzes.

Ray and Rita were married on December 22, 1984, after a 7 month courtship.  While living in Ferndale, Ray graduated from WWU in 1986 with a degree in Economics and Computer Science.  Ray and Rita moved further south to Marysville with their two daughters, Melinda and Christina.  There Ray continued his career in the computer science industry, working for companies such as GTE and Microsoft.

In 2003, Ray was diagnosed with multiple myeloma, a cancer of the bone marrow plasma cells.  He had two auto-stem cell transplants and underwent countless chemotherapies and radiation with the support of his faithful wife.  Throughout his battle, he was never afraid and had a positive attitude, always trusting that God had a plan.  He outlived his initial diagnosis more than thrice over.

Ray was a “Renaissance man,” always reading and teaching himself new skills.  Throughout his life he enjoyed hiking and camping, woodworking—including building furniture, musical instruments, and his two boats—sailing, and music.  He sang in the church choir, played electric bass on worship team, and led the youth group worship team.  He was a voracious reader, spending countless hours in his library surrounded by hundreds of books (all of which he’d read!).

Ray went to be with his Lord at 11am on May 27, 2019, at home surrounded by his wife, daughters, son-in-law, and sister-in-law.  Ray is survived by his wife Rita, his daughters Melinda and Christina, son-in-law Kyle, his sisters Cathy (Everett) and Liz (Roger), and many friends whose lives he influenced.

Please join us for Ray’s memorial service on Monday, June 3rd at 2pm at the Birch Bay Bible Community Church (4460 Bay Road, Birch Bay, WA 98230).  He wouldn’t want a “sob fest,” so please celebrate his life with us, and don’t be afraid to crack a joke!

To order memorial trees or send flowers to the family in memory of Raymond Joseph Schultz, please visit our flower store.
Send a Sympathy Card