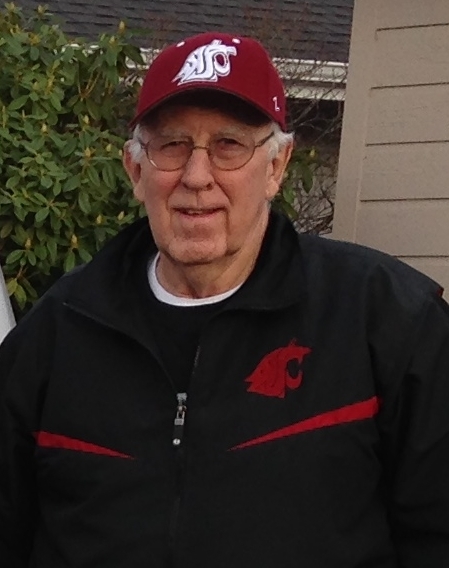 Ray was born in Bellingham in 1937 and attended Columbia Elementary, Whatcom Middle School, and Bellingham High School, where he played football. He served with the United States Naval Reserves from 1958 to 1966. He received his Degree in Education from Western Washington University in 1963 and began working at Ferndale High School that same year. Over his 30-year career at Ferndale, Ray taught Special Education, Shop, and Driver’s Ed. He also coached football, wrestling, and golf and had an impact on countless young lives. He stayed in touch with many of his former students over the years. Ray spent summers commercial fishing in Alaska.

Ray married his true love Rhea Bishop on September 24, 1960 at St Paul’s Episcopal Church in Bellingham. The couple would have celebrated their 58th wedding anniversary this month. Ray and Rhea were blessed with two sons, Todd and Lance. Ray was hard-working, loyal, and had a quick wit. He enjoyed relentlessly teasing friends and family alike, and his smile will not be forgotten.

Later in life, Ray enjoyed traveling in his motorhome, golfing, and watching sports. He especially loved watching the Mariners and Cougar football. He also enjoyed watching his grandchildren compete in various sports.

Ray is survived by his wife Rhea, brother Rob, son Lance, daughters-in-law Kendra and Torhil, brother-in-law Marc, sister-in-law Mo, grandchildren Hayden, Kelsey, Tyler, Sedona, Portia, and Ryker, granddogs Samson and Tucker, and countless other friends and family. He was preceded in death by his parents Ira and Florence Ramsay, his in-laws William and Helen Bishop, and his son Todd.

In lieu of flowers, the family would like any donations to be made to the Whatcom Hospice Foundation (www.whatcomhospice.org). A celebration of life will be held on Sunday, September 9, 2018 at 3:00 PM at St. Paul’s Episcopal Church, 2117 Walnut St., Bellingham, WA 98225.

To order memorial trees or send flowers to the family in memory of Raymond Goodman Ramsay, please visit our flower store.