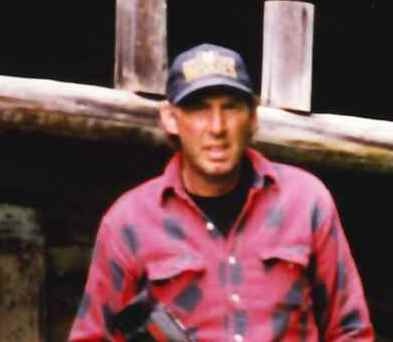 Randall (Randy, "Rope") LeRoy Butenschoen, age 61, of Bellingham passed away in Bellingham Monday, Oct. 24, 2016. He was born January 18, 1955 in Bellingham, WA, the fourth child of seven children to parents, Henry Clyde and Alice Ann (Stevens) Butenschoen.  Randy graduated from Mt. Baker Jr. Sr. High School, Deming, WA in 1973. He started his University career at Sheldon Jackson College in Sitka, AK, and graduated from Western Washington University in 1979. Between Sheldon Jackson and WWU, Randy managed to squeeze in as much fun as he possibly could including taking an epic, often talked about, adventure-filled, cross-country motorcycle trip with two life-long friends, Rod Cochran and Jerry Engholm.  Randy was not satisfied staying in one place for very long. He loved his freedom, his independence, and he loved the journey. He had many occupations during his journey including working in the oil fields of Texas, gold mining in the Yukon, and fishing in the Bering Sea. Randy spent the last several years in beautiful Northeast Washington near good friends Doug and Carrie Drew, and his brother Gary and his wife, Lisa. Randy spent as much time as possible living in the outdoors where he hunted, fished, hiked, camped and enjoyed the mountains, rivers, streams and lakes he grew to love. In February 2015, Randy was diagnosed with pancreatic cancer, and he decided it was time to come home. For the last 19 months of his life, Randy was surrounded by the love and support of his family and friends as he fought his long, hard, courageous battle against the disease that would claim his life. On one of his last good, bearable days, and written in an unsteady hand, Randy wrote, "As I pass, I will not be alone as I walk together with the Lord. I welcome His companionship...".  Randy was preceded in death by brother, Gregory Lee Butenschoen, great niece Scarlett Rayne Sample, paternal grandparents George and Sophia Butenschoen and maternal grandparents Remington and Pearl Stevens. He is survived by his parents, Henry and Alice; brothers, Steven and wife Mary, of Bellingham, WA and Gary, and his wife Lisa of Moses Lake, WA; sisters, Cheryl Brager of Marysville, WA, Karen McKay and her husband Scott of Fair Oaks, PA and Marcia Holz and her husband Dan of Bellingham, WA; numerous nieces, nephews, great nieces, great nephews, aunts, uncles, cousins, and many friends close by and far away. A memorial service celebrating Randy's life will be held Saturday, November 5, 2016, 1:00 P.M. at Rome Community Bible Church, 2720 Mt. Baker Hwy, Bellingham, WA. 98226. With a reception immediately following in the adjacent Fellowship Hall at the Church. In lieu of flowers family suggests donations be made to Whatcom Hospice, 2806 Douglas Ave., Bellingham, WA 98225.