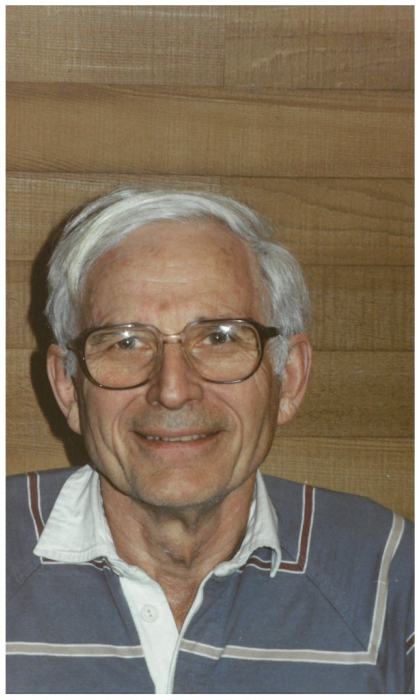 Phillip Henry Jones M.D., age 89, passed away peacefully at on Father’s Day, Sunday June 17, 2018, just four days short of his 65th wedding anniversary.  Born January 2, 1929 to Howard and Evelyn (Mills) Jones in Lexington, Nebraska, Phil grew up in Central City, Nebraska.  During his early years, Phil was very athletic and loved hunting with his brothers. During the summers while attending the University of Nebraska, he had exciting opportunities to work in a lumber camp in Montana and a mine in Alaska.  Phil graduated from the University of Nebraska Medical School in 1954.  It is there that he met his wife, Phyllis.  They were married on June 21, 1953.  Phil joined the United States Air Force and served his medical internship in Tacoma, Washington.  His daughter, Nancy, was born there.  He then served at the Portland Oregon Air Base where his son, Tom, was born.  Then it was off to Alaska where he served at Elmendorf Air Base in Anchorage.  After receiving his Honorable Discharge from the Air Force, he set up private medical practice in Haines, Alaska.  It was there that his third child, Carolyn, was born.  Phil always enjoyed the outdoors, hunting, fishing, building furniture and hand carving bird decoys.  Phil filed for and obtained a folding goose decoy patent in 1957.  In 1964 Phil attended UC Berkeley where he received his Master’s Degree in Public Health.  After a short time in Olympia, WA with the Washington State Health Department, Phil moved to Bellingham in 1966 where he served as the Whatcom County Public Health Director until his retirement in 1989.

There were many happy retirement years spending time at their Lummi Island cabin, traveling in their little Chinook camper and gathering an amazing crew of eight grandchildren and 11 great-grandchildren.  Phil played bass clarinet in the North Cascades Concert Band for 20 years and also volunteered at the WWU Music Library during that time.  He regularly attended St. James Presbyterian Church and he was known by many South Hill residents as he walked from 17th street to the Alaska Ferry dock almost every day for 20 years.  Phil also loved playing Blackjack at the local casinos.  He said that it was “good brain exercise” and not really gambling.

Phil was ever grateful to have moved to Bellingham and truly enjoyed a long happy life with his wife Phyllis.  He is survived by a large, loving family including his wife, Phyllis, daughters Nancy (Jim) Brister and Carolyn Jones, and son Tom (Joyce) Jones. Grandchildren, Alissa (Kevin) Stock, Jessica Murray, Julie (Tim) Bathke, Michael (Kristin) Jones, Jenna Brister, Jonathan Murray, Joey Brister and Christopher Jones.  Great-Grandchildren, Hailey, Austin, Kamryn, Lilly, Myah, Charlotte, Lincoln, Sam, Iris, Ben and Josie.  Brothers Bob and Dave (Jenell) Jones, many nieces and nephews.  Included is our very special friend, Marie Matsuno Nash. The family would like to thank all of the staff at Bellingham at the Orchard memory care facility along with the Alzheimers support groups and Bellingham Hospice.  You have eased our journey this past year.  A celebration of Phil’s life will be held at a later date. Memorials may be made to The Alzheimer Society of Washington, 1301 Fraser St, Bellingham, WA 98229, or the North Cascades Concert Band, PO Box 5141 Bellingham, WA 98227.

To order memorial trees or send flowers to the family in memory of Phillip Henry Jones, M.D., please visit our flower store.