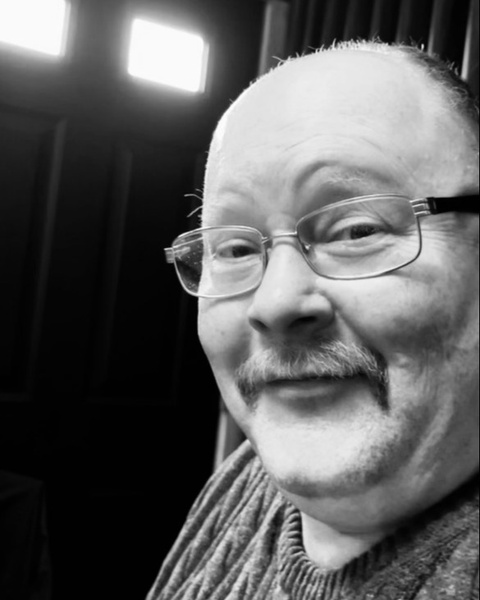 Paul Harvey Tuttle was a kind, gentle, goofy man with a servant’s heart. He was born at home on July 16th, 1958, in Bellingham, Washington, to Patricia and Harvey Tuttle. Paul spent his childhood playing sports with friends, visiting the Tuttle Family Homestead on Lummi Island, and spending time with family in Ferndale, Washington. He went to be with his Lord on September 14th, 2022. Paul went quickly in his bed at home and is now rejoicing in heaven. Though there is grief by many in our loss, Paul longed for his eternal home, and he would want us to celebrate. With a smile on his face, he waits in heaven, excited to see us all again.

Paul was an amazing father, son, brother, uncle, poppa (grandfather), dog poppa, friend, and servant to God and his church. He took every opportunity to share about his relationship with Jesus Christ and all the ways the Lord healed and saved him. God healed Paul of alcoholism forty years ago, and in 2019 was saved again when he survived a stroke. He spent his last three years sharing his testimony with every person he crossed paths with.

Paul was one of the most dedicated and faithful Christians. Throughout his life, he opened his home to anyone in need. Even after his stroke disabled him, with no money coming in, he continued to tithe from his modest savings. Money and possessions had no value to Paul; it was God and people that brought him joy.

As an active member of Calvary Chapel Northwest, Paul contributed to this church family in countless ways. He organized regular prayer gatherings and meals, worked with the children’s ministry, volunteered as security, helped clean, and will always be remembered by the kids as the “Gum Guy.” He was a behind-the-scenes all-star, willing to be there however he could to support the family he loved so deeply, God’s church.

After being healed of alcoholism, Paul mastered the art of “sober fun.” He was the life of the party, never to be outdone by anyone as the weirdest person in the room. Paul always invented new games and ridiculous activities to keep his friends and family rolling with laughter.

A diehard Lynden sports fan, Paul attended hundreds of games throughout Whatcom County. He regularly referenced “the greatest game ever played,” reminiscing about the 2009 Lynden Football State Championship (where he lost his voice rooting for the Lions). When he wasn’t at church or a sporting event, he was riding his scooter, golfing, pruning fruit trees for fun, collecting bizarre trinkets from thrift stores, beating everyone at ping-pong, or playing with his favorite dogs (which were all of them).

A public Celebration of Life will be held at 3:00 pm on September 30th, 2022, at Calvary Chapel Northwest 6015 Guide Meridian, Bellingham, WA.

To order memorial trees or send flowers to the family in memory of Paul Harvey Tuttle, please visit our flower store.