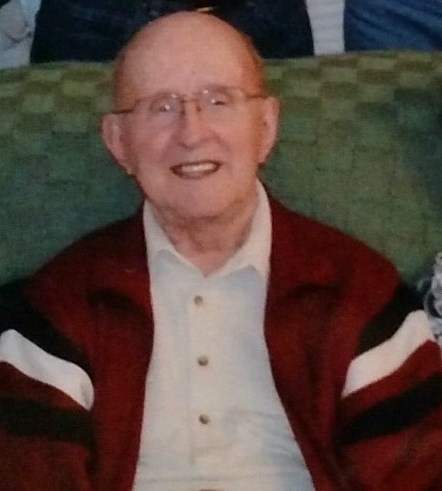 Paul Emil Paradis, 91, passed away peacefully at his home, December 24, 2016.  He was born August 12, 1925 in Quebec City, QB, Canada to parents Aristide Paradis and Eva Jacques Paradis. Paul worked for Canadian Pacific Railroad from age 18 to age 23. He married Jacqueline “Jackie” Belair Des Roberts on Thanksgiving Day November 28, 1946.  They made their home in Montreal for a year and then moved back to Maine.  In 1949 Paul and Jacqueline, with their infant child, John, moved to Seattle.  Paul started his US employment with St. Vincent De Paul and then moved into a position as Credit Manager at Providence Hospital.  He then went on to a permanent position at Boeing for the next 22 years. In 1971 Paul and his family moved to Juneau, Alaska to embark on a new career in plumbing and heating where he continued until retirement. In 2010 Paul and his daughter, Patty, moved from Juneau to Bellingham, WA. Paul was preceded in death by his wife, Jackie, and children Paul, John, Mary Elizabeth, Nora, Eva, and Martin. He is survived by: daughters Martha Hagen (Vaughn), Bellingham WA; Patty, Bellingham, WA; Kathi Davis (Rick), Juneau, AK; sons John (Vicki), Ferndale, WA; Robert (Elizabeth), Juneau, AK; Paul (Olive), Ireland; Brian (Brooke), Chandler, AZ; nine grandchildren and seven great-grandchildren. There will be a funeral mass at St Joseph Catholic Church, Lynden, WA Monday, January 9 at 10:00AM.  Burial will be at Calvary Cemetery, 5041 35th Ave NE, Seattle, January 10 at 11:30AM. Donations in Paul’s memory may be made to St Vincent De Paul, 8617 Teal St, Juneau, AK 99801, or online at www.svdpjuneau.org.

To order memorial trees or send flowers to the family in memory of Paul Emil Paradis, please visit our flower store.