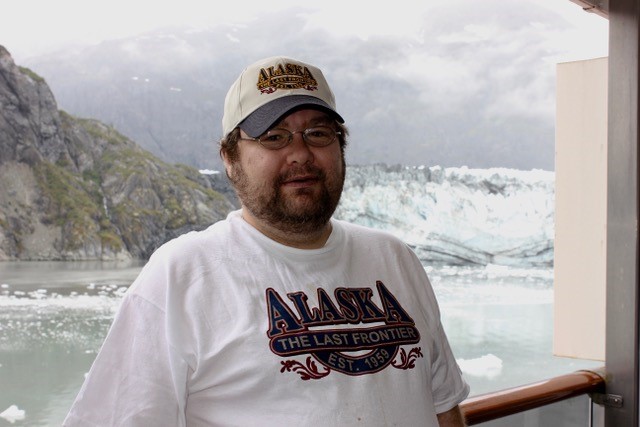 Patrick Thomas Hiestand, 53, of Bellingham passed away Sept. 7, 2020, from complications related to heart disease and diabetes. Pat was born July 2, 1967, at the Homestead Air Force Base Hospital in Homestead, Fla., to Tom and Gerri Hiestand. At that point, he joined two older brothers, Mike and Tim.

From there, as a USAF dependent, he lived in Ft. Walton Beach, Fla.; Lynden, Wash. (while his dad was in Vietnam); Del Rio, Texas; Boulder, Colo.; Prattville, Ala.; and Anchorage, Alaska. By this time, he had two younger brothers, Brian and Danny. Upon his dad’s retirement, the family settled in Oak Harbor, Wash.

From his early years, Pat had an outgoing personality, full of energy and antics. He loved sports and music, even at an early age. He played Little League baseball and football, and while in Alaska, he became an avid skier and electric guitar player. Living in Washington, he became a big Sonics, Mariners, and Seahawks fan.

Unfortunately, mental illness changed Pat’s life. He had several very turbulent years—including a period living on the streets—until he spent some time at the Lake Whatcom Treatment Center in Bellingham. It was there, with the help of a fine staff, that Pat addressed his mental health challenges, began to take his needed medications, and entered a supportive housing environment.

Fortunately, with help from his family and kind people who gave him a chance, life again changed—this time for the better. He worked in Bellingham for Days Inn as a driver and at Bellingham–Sehome Village Haggen Food & Pharmacy as a courtesy clerk, and did very well at both jobs. His Haggen manager once told him he received more positive customer comments than any other employee she had worked with.

His unique sense of humor and genuine interest in and care for people were just two of his wonderful traits. He never met a stranger and did not say a bad thing about anyone—ever. Pat’s presence and authenticity would change the room wherever he went.

John Yonlick was his best friend until John’s passing in 2013. After John’s death, Pat stayed close to John’s family and sister Karen. John and Pat were inseparable for more than a decade, and even enjoyed a trip to Hawaii. He and John dreamed of touring the country together, plans that were cut short by John’s death. (Pat did take his cross-country tour with his brothers Mike and Tim in the fall of 2013 as he helped drive the Tinker Tour’s First Amendment-themed free speech bus from Washington State to the Liberty Bell in Philadelphia, where Rep. John Lewis was among those to help kick off the award-winning national tour.)

Pat also developed an extensive social network while in Bellingham, including a beautiful bond with his beloved “Auntie” Helen Walsh. Many in his circle included friends and neighbors—whose names he always remembered—at the Chuckanut Square Apartments in the Fairhaven district, where he lived as the self-proclaimed “King of the 8th Floor” for approximately two decades. Heidi, a neighbor, was a special friend to Pat and a frequent partner on garage sale outings around town.

His biggest supporters were his four brothers. For years, the five got together for an “H-Boys” weekend, and “No. 3” knew he could call on each of them if needed. That annual weekend provided lots of fun stories and memories. He was also a one-of-a-kind uncle to his nieces and frequently checked in with his sisters-in-law if his brothers were ever away.

Pat excelled at keeping in touch with family members. He would frequently call to see if you were okay, suggest great deals he may have discovered at stores, late-night infomercials, and fast-food restaurants, or share one of his many unique, humorous coined expressions (“Do you want fries with that?”). When you spoke with Pat on the phone, he was often giving rides to friends. He would always remember birthdays—often weeks in advance—and loved giving unique gifts.

His musical knowledge—particularly regarding heavy metal—was encyclopedic. His tunes were always close by, and he left an extensive collection of CDs, DVDs, and memorabilia collected over multiple decades.

His thoughtful, supportive, authentic, kind, gentle, polite, protective, witty, goofy, smart, stubborn, brave, and generous spirit will be missed greatly. As his big brother, Mike, said, “The world is a little less interesting without Pat in it.”

Thanks to all of Pat’s friends for their kind words. They are very much appreciated. God bless you, and God bless Pat. Memorial contributions may be made to the Light House Mission in

To order memorial trees or send flowers to the family in memory of Patrick Thomas Hiestand, please visit our flower store.
Send a Sympathy Card