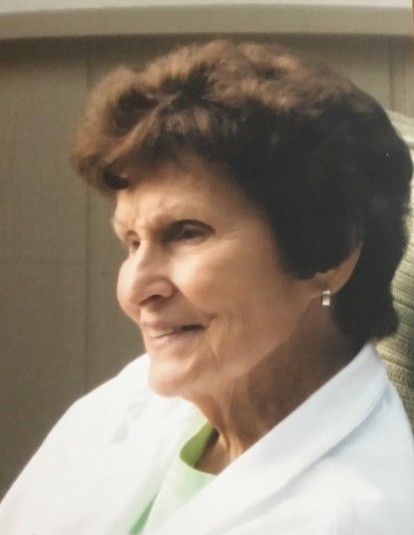 Patricia Joy (Hunt) Haveman, beloved mother, grandmother, and great-grandmother, passed away Tuesday, October 31, 2017 in Sedro Woolley, Washington.  She was the daughter of Ed and Myrtle Hunt.

Pat is survived by her two children, Jeff (and Lani) Haveman of Sedro Woolley and Diane Puckett of Bothell, 5 grandchildren, 8 great- grandchildren, her sister Dallas Webb, and numerous nieces and nephews. The grandchildren are Jared Haveman of Bellingham, Patrick and Ryley Haveman of Sedro Woolley, Andy (and Shauna) Puckett of Lake Stevens, and Carrie (and Aaron) Terada of Nordland, Washington.  The great-grandchildren (who were the source of much joy) are Luke, Trenton, and Tyson Haveman, Lincoln and Atticus Puckett, and Charli, Zoey, and Paycen Terada. She was preceded in death by her brother Kenneth Hunt, her sister Rosalie Gordon, and her high school sweetheart and husband, Tom Haveman.

Pat was born on October 30, 1924, in Missoula, Montana.  She spent most of the rest of her life in Bellingham, Washington, with the exception of a few years in Mt. Vernon, Burlington, Walla Walla, Washington and Lewiston, Idaho.  One of her first jobs was working at the Darigold Dairy.  She graduated from Bellingham High School and kept in touch with many of the friends she made there throughout her life. To Pat, her family was what mattered most.  In her youth, she loved to walk the beach with her mother and sisters and dig for clams. She was actively involved in her own children’s education while they were growing up, and she held offices in PTA and was a Campfire Girl leader.  She was also an excellent seamstress and made clothing for the whole family.  Baking was her therapy, and many were lucky to receive the cookies, cakes, and cinnamon rolls that she frequently shared.  She enjoyed family boating outings over the years and RV trips with her husband after retirement. Before retirement, Pat was a long-time employee of the Bon Marche in Bellingham.  She volunteered with the Interfaith Coalition and was a member of the Community of Christ Church, attending first, the Bellingham and later, the Samish Island Congregation.

To order memorial trees or send flowers to the family in memory of Patricia Joy Haveman, please visit our flower store.