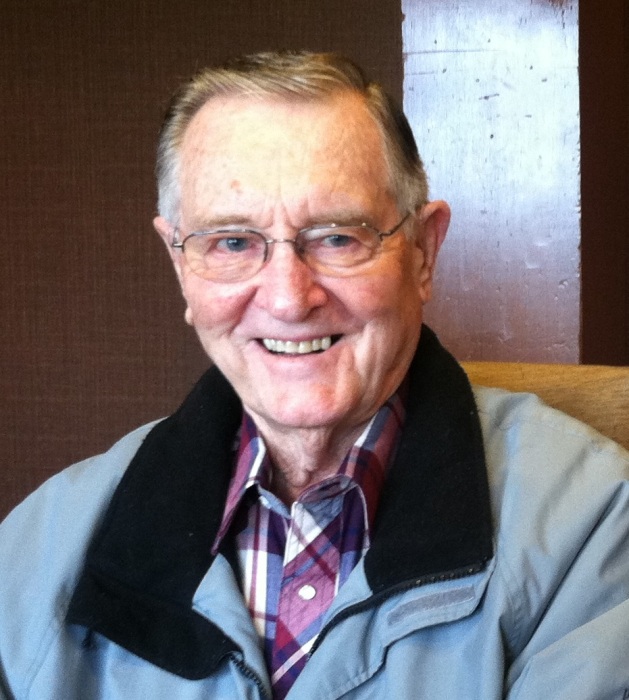 Rollin “Bud” Stanton Staats went home to be with his Lord and Savior on his 84th birthday.  He was born to Eunice and Robert Staats in Oakland, California and grew up there.  After high school, Bud joined the Air Force and was stationed in Japan during the Korean War.  Bud met his wife Joan Morgan in high school and they married in 1954.  He attended Western Baptist Bible College and became a Youth Pastor in Hayward, CA.  In 1960, he became Senior Pastor of First Baptist Church of San Bernardino, CA where he served the Lord for 15 years.  In 1975, Bud moved his family to Macon, Georgia where he was Pastor of Cochran Field Baptist Church for 3 years.  In 1977, he came to Ferndale, WA to become Pastor at First Baptist Church.  Bud was also Pastor at Bethany Baptist Fellowship and Good Shepherd Community Church. In over 45 years of pastoral ministry his passion was serving Jesus and loving people in every place he went. Bud loved being on his boat with family and friends.  He enjoyed woodworking in his garage, and blessed many with hand-crafted furniture.  He especially loved the Word of God; he discipled many and was passionate about missions all over the world. Bud was preceded in death by his mother, Eunice Staats, father, Robert Staats and brother, Wayne Staats.  He is survived by his wife Joan of 61 years; his brother Donald (Barbara) Staats; sister Audrey Wallstrom; children Steve (Karen) Staats, Mark (Linda) Staats, Dan (Michelle) Staats, Karen (Tom) Willert, Carol (Jim) Taxdahl and grandchildren, Zachary, Morgan and Cooper. A memorial service will be held 2:00 PM, Thursday, January 28, 2016 at Grace Church Bellingham, 1815 Cornwall AV, Bellingham, WA 98225. Interment with military honors was held at Enterprise Cemetery, Ferndale. In lieu of flowers, family suggests contributions be made to either Whatcom Hospice Foundation, 2901 Squalicum Parkway, Bellingham WA 98225, or Pacesetter Global Outreach, P.O. Box 21669, El Cajon, CA 92021.

To order memorial trees or send flowers to the family in memory of Pastor Rollin S. "Bud" Staats, please visit our flower store.